A study conducted by the Scottish SPCA and the University of Glasgow shows that music has a calming effect on dogs.

During the first week one group was observed in silence while the other had classical music played into their kennels. The conditions were then switched in the second week. 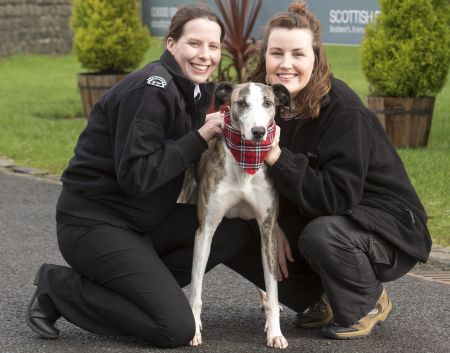 Results showed that in both groups the dogs' stress levels decreased significantly after listening to music.

Gilly Mendes Ferreira said: "Male dogs responded better than female dogs and both groups spent less time standing and barking when the music was being played.

"Although by the end of the week their heart rates and behaviour associated with kennel stress had returned to normal, the initial findings are very encouraging and show that classical music does have a positive impact on the dogs' welfare.

"The average length of stay for a dog in our care can range from one to three weeks for small dogs and pedigrees, while larger breeds can remain with us up to six months and some breeds over a year. We want to make each dog's time with us as comfortable as possible and this research is at the very forefront of animal welfare.

"We monitored the dogs' heart rates, collected saliva samples and observed their behaviour, meaning the research was non-invasive which was extremely important to us. This is the first step in a longer line of research and we can now try other types of music to find out how dogs respond to different genres. We will then decide how best to roll this out in all of our rehoming centres."

Professor Neil Evans, of the Institute of Biodiversity, Animal Health and Comparative Medicine, said: "Dogs entering a rescue and rehoming centre face new surroundings, spatial and social restrictions, other dogs and increased noise levels, some of which the dogs might find stressful.

"A range of animate and inanimate environmental enrichment techniques have been employed within kennels to try to minimise the stress experienced by dogs."

"Our study showed a similar beneficial effect of classical music but it only lasted for a short period. The dogs became habituated to the music after as little as one day. It seems dogs, like humans, prefer to listen to a variety of music and not the same thing over and over again."