This summer, Allied and German trench systems from the First World War will be built in Pollok Country Park to create Digging In: World War I trench reconstructions for education and experiment.

The Heritage Lottery Fund has awarded a grant of £99,600 to a partnership formed of Northlight Heritage, the University of Glasgow, Glasgow City Council, and Stewart's Melville College to create this innovative learning facility.

Work on the reconstructions will begin in August and will open to the public on 19th September, during Doors Open Week. From September 2015 to November 2018, Digging In will host a regular programme of public events and school visits. Hands-on learning activities and living history events will help convey how soldiers managed life in the hostile, stressful environment of the Western Front and the conflict's impact on communities on the Home Front. 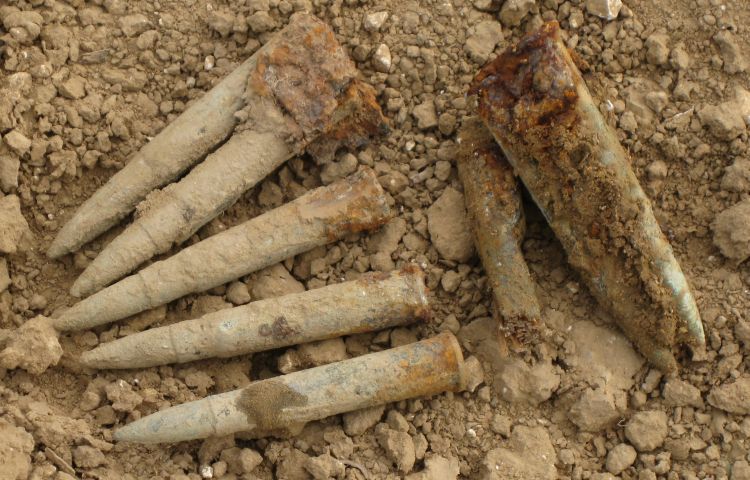 The reconstructions will serve as a hub for learning about many aspects of the war:  its impact on mental health; the role of women during the conflict; advances in medicine, technology, aerial photography and mapping; influences on contemporary art and literature, and the origins of the Forestry Commission.

Activities and teaching packs will complement classroom learning and support delivery of Curriculum for Excellence Experiences and Outcomes.  The reconstructions will be informed not only by field manuals that were issued to troops, but also by soldiers' diaries and evidence from excavations on the Western Front.

Their location in Pollok Country Park will highlight the role of Pollok House in the Great War, from its use as an auxiliary hospital for convalescing soldiers to the memorial commemorating the 58 people from the estate who served in the conflict.

Digging In will also complement Glasgow City Council's rolling First World War Commemoration programme, an initiative of the Lord Provost, as well as the University of Glasgow's Great War Project, informed by the University archives on the 761 staff and students who died in the conflict. In addition, Stewart's Melville College, which operates a very effective learning programme about the war, is providing key educational resources and input.

Glasgow's Lord Provost Sadie Docherty said: "Glasgow City Council is extremely proud and excited to be part of this project.  All of the partners involved are committed to enabling our young people to learn about the First World War in a meaningful and interactive way. Digging In is destined to become a huge attraction because we will be recreating, as authentically as possible, the incredibly difficult conditions our military had to endure.

"I’m confident it will have a huge impact on everyone who visits and help highlight the futility of war. Above all, I want as many people as possible to reflect, 100 years later, on the courage and suffering of everyone affected by the conflict. Countless stories of personal sacrifice and trauma punctuate the period. It’s important we do not forget the profound effect the Great War had on the world."

Dr Tony Pollard, Director of the Centre for Battlefield Archaeology at the University of Glasgow, said: "As a conflict archaeologist who has excavated trenches and graves on the Western Front, I know it is impossible to step back in time and fully appreciate what it was like to have been there during the Great War. But I am really looking forward to Digging In, and applying what I have learned in helping to create a unique learning environment, within which it will be possible for children and adults alike to get a visceral insight into the semi-subterranean world in which soldiers lived and in so many cases died."

Colin McLean, Head of HLF Scotland, said: "The impact of the First World War was far reaching, touching every corner of the UK. Since April 2010, the Heritage Lottery Fund has awarded more than £70 million to more than 1,100 projects – large and small – that are marking this global Centenary; with our grants programmes, we are enabling even more communities, like those involved in Digging In, to explore the continuing legacy of this conflict and help local young people in particular to broaden their understanding of how it has shaped our modern world."

About Northlight Heritage: Northlight Heritage, the lead partner, is part of York Archaeological Trust. As an educational charity, it encourages engagement with the past for the benefit of people and communities in the present and future.

About the Heritage Lottery Fund

Using money raised through the National Lottery, the Heritage Lottery Fund (HLF) aims to make a lasting difference for heritage, people and communities across the UK and help build a resilient heritage economy.  From museums, parks and historic places to archaeology, natural environment and cultural traditions, we invest in every part of our diverse heritage.  HLF has supported 37,000 projects with £6 billion across the UK.  www.hlf.org.uk