Glasgow and Nankai link up to launch joint graduate school

Enrolment for two-year postgraduate Masters degrees, taught in English by academics from both Glasgow and Nankai, has opened, with 75 students expected to be recruited in the first year, rising incrementally to 180 in 2018. 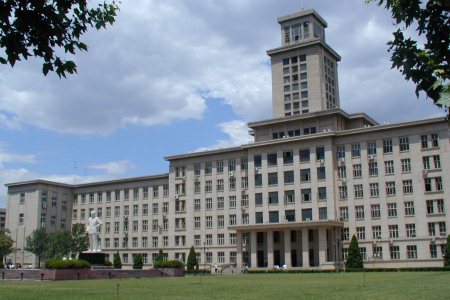 The University of Glasgow and Nankai University have been working together on research and teaching collaborations since 2008. In November, the Ministry of Education in China gave its formal approval for the creation of the joint graduate school.

Professor Anne Anderson, Vice Principal and Head of the College of Social Sciences at the University of Glasgow, said: “The establishment of the joint graduate school marks a very significant milestone in the relationship between our two universities. By working together, we are combining the very best features of UK and Chinese higher education.

“Some of our most talented academics will be involved in teaching the MSc degrees at the joint graduate school. They are very much looking forward to the opportunity to engage with some of China’s brightest postgraduate students and work alongside eminent colleagues at Nankai University. Our collaboration with Nankai is yet another example of the University of Glasgow’s commitment to being a globally-connected university with creative and vibrant partnerships with communities, colleagues and students across the world.”

The University of Glasgow is ranked 55th in the world and 9th in the UK in the QS World University rankings, one of the three most influential and widely observed international university rankings; it was ranked 12th in the UK for the power of its research in last month’s Research Excellence Framework, the UK-wide assessment of the quality of universities’ research. It is also a member of the Russell Group of 24 leading research-intensive universities in the UK.
Nankai University is ranked 50th in the QS Asian University Rankings and is a member of the 985 and 211 higher education groups. Through Project 985, national and local governments award large amounts of funding to universities for the establishment of research centres, to improve facilities, hold conferences and attract world-leading staff and visiting scholars. The project members represent the top 39 universities in China. Project 211 is an initiative established in 1995 to raise the research standard at high-level universities and cultivate strategies for socio-economic growth.

Nankai is consistently ranked in the top 10-15 universities in China and has extensive international links with more than 290 internationally-renowned universities.
The two universities’ research links are further strengthened by the Confucius Institute at the University of Glasgow, launched in October 2011 in partnership with Nankai University and the Chinese Office of Chinese Language Council International (Hanban).

In 2014, the Adam Smith Business School at the University of Glasgow joined with Nankai University to form a Collaborative Innovation Centre for Chinese Economy.