They were far removed from the developing countries whose diseases they were studying, yet Scottish doctors and scientists have been at the forefront of research into tropical diseases, like sleeping sickness, leishmaniasis and schistosomiasis, since the late 19th century. 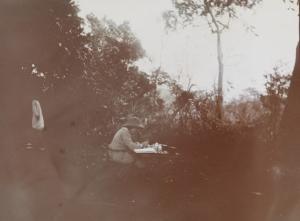 Many of the diseases that are endemic to developing countries in the tropics are caused by parasites – an extraordinary number of which were first discovered by graduates of the University of Glasgow.

An upcoming symposium, to be held at the University of Glasgow in January, will take a more detailed look at the lasting legacy of these alumni in the field of tropical diseases. Organised by the Wellcome Trust Centre for Molecular Parasitology, the symposium will consider the contributions of three great Scottish scientists: Robert Leiper, William Leishman and Muriel Robertson, and the impact their research has had in controlling disease in the world today.

Neglected tropical diseases (NTDs) currently affect more than one billion people and cost developing economies billions of dollars every year. The World Health Organisation (WHO) aims to eliminate many diseases and eradicate at least two by 2020.

The symposium is the brainchild of Michael Barrett, Professor of Biochemical Parasitology at the university's Institute of Infection, Immunity and Inflammation. He said: “Glasgow is teeming with parasitologists; there is some fantastic research which goes on here. You have this incredible history going back to the late 19th century and early 20th century.”

The aim of the symposium is to explore a bit of this history, while considering it in the context of recent developments in the field of tropical disease.

Professor Barrett added: “Today the University of Glasgow is among the world’s leading centres in research into parasitic disease.  Dozens of research teams are engaged in learning about parasites that cause diseases like malaria, trypanosomiasis, leishmaniasis and various parasitic worm infections.  With millions of pounds invested from agencies such as the Wellcome Trust, Bill and Melinda Gates Foundation and Medical Research Council, research at the University of Glasgow is leading to breakthroughs that are contributing to a decline in the incidence of many of these diseases.”

Each of the three scientists featured made incredible contributions to the study of tropical disease. William Leishman (1865-1926) is credited with the discovery of Leishmania parasites (named after him) that are responsible for the set of diseases called the Leishmaniases, which afflict several million people the world over today. His diligent work enabled the production of a safe and effective vaccine against typhoid that was used in the First World War and is thought by some to have saved hundreds of thousands of lives.

Robert Leiper’s (1881-1969) discoveries about parasitic worms have underpinned one of the great success stories in modern medicine.He revealed that schistosomes are transmitted by fresh water snails and also that there are several different species causing different types of disease. He also demonstrated how the Guinea worm larva cycles through tiny water fleas. Today, by filtering water before drinking, the water fleas that transmit Guinea worm are removed.  As such, the disease has been all but eliminated through campaigns encouraging systematic filtering of water in areas where the disease is found.

Muriel Robertson (1883-1973) was educated initially in the arts but under the mentorship of Graham Kerr developed a keen interest in protozoology, the study of single celled microbes.  She went on to discover how trypanosomes vary inside the human host and also made key breakthroughs in understanding how the parasites develop within the tsetse flies that transmit them. Robertson’s contributions to trypanosome research made possible many subsequent studies into the differing biology of the various trypanosome life cycle stages and underpinned the later key discovery that the parasites vary their surface in patients, making vaccination against African trypanosomiasis impossible.  Today, however, the disease is in steady decline due to the use of drugs and destruction of the tsetse flies that transmit the parasite.