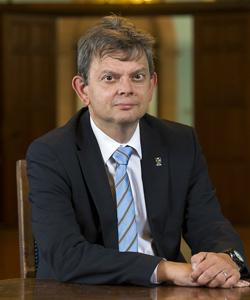 The Principal and Vice-Chancellor of the University of Glasgow, Professor Anton Muscatelli, has been appointed to a steering group to consider how future university research funding is allocated more efficiently.

As announced in the 2015 Spending Review, the UK Government is taking forward a review of the Research Excellence Framework (REF) - the system which assesses the quality of research carried out in UK higher education institutions and allocates public research funding according to their performance. REF2014 was used in allocating billions of pounds of research funding for UK universities in 2015/16.

This follows the Government’s decision in the Spending Review to protect the £4.7 billion annual science and research budget in real terms during this Parliament.

The review will be carried out by a high-level steering group, chaired by the President of the British Academy Lord Nicholas Stern. The steering group will include:

Lord Stern is expected to deliver his review of the REF to the government in summer 2016.