Forgetting is key to learning

Do you often feel overwhelmed with the amount of information coming at you? Forgotten your shopping list as soon as you’ve heard the sports results? Don’t worry, it’s all completely normal – and necessary – according to new research which shows that such forgetting is a key part of learning. 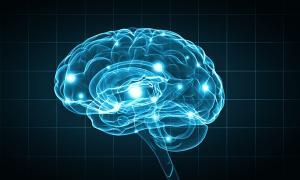 The study, by researchers from the University of Glasgow’s Institute of Neuroscience and Psychology, is published today in Current Biology and has found that our inability to hold onto new memories is essential to the brain’s learning process.

Researchers discovered that ‘memory instability’ – which prevents us from holding onto new memories – was key to the brain’s ability to transfer experiences and skills to new situations. In contrast memories that were stable, or complete, prevented knowledge transfer. In short, forgetting your experience is essential to being able to transfer skills from one job to another.

Participants in the study learned one memory task at 9am followed quickly by another. They were then retested 12 hours later at 9pm on the initial memory task. The word-list was a repeating sequence of 12 simple words; while the skilled action was a new sequence of movements similar to that used when tapping out our PIN to get cash from an ATM.

The study found that learning transferred from actions to words, and vice versa. For example, learning a list of words helped participants learn a new skilled action. The information transferred between these diverse situations was on a ‘higher abstract level’, rather than simply transferring specific knowledge of each situation. Critically learning transferred only when a memory was unstable.

Professor Edwin Robertson, from the Centre for Cognitive Neuroimaging, said: “Our work shows that an unstable memory is a key component of the mechanism for learning transfer. An unstable memory prevents learning from being rigidly linked to one task; instead, it allows learning to be applied flexibly.

“In this study we tested the link between a memory being unstable and the transfer of learning to a different type of memory task. We measured how learning in one task transferred to and thus improved learning in a subsequent task. There was transfer from a motor skill to a word list task and, vice versa, from a word list to a motor skill task. What was transferred was a high-level relationship between elements, rather than knowledge of the individual elements themselves.”

As the participants’ training progressed across three practice blocks, the researchers noted a significant improvement in motor skills when the earlier word list and subsequent motor sequence shared a similar structure.

The researchers also used different methods to stabilise, or consolidate, participants’ memories. When this was done it was found that there was no memory transfer between different tasks.

Professor Robertson said: “Stabilised memories consistently prevented transfer to the subsequent memory task. This suggests that the transfer of learning across diverse tasks is due to a ‘high-level representation’ that can only be formed when a memory is unstable. Our work has identified an important function of memory instability.”

“An unstable memory provides a window of opportunity for communication between memories, leading to the construction of a high-level or abstract memory representation, which allows the transfer of knowledge between memory tasks.

“An unstable memory is in a privileged state: only when unstable can a memory communicate with and transfer knowledge to affect the acquisition of a subsequent memory.”

The study, ‘Unstable Memories Create a High-Level Representation that Enables Learning Transfer’ is published in Current Biology and was funded by the National Institutes of Health and the National Science Foundation.