A new drug that outperforms the current gold-standard treatment for heart failure may soon benefit patients.

A clinical trial of the new drug was brought to an early close after results showed a better survival rate compared to the current best treatment.

The researchers, writing in the New England Journal of Medicine, say the new compound LCZ696 can replace enalapril as the first choice treatment of heart failure. 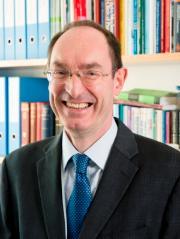 Professor John McMurray of the University of Glasgow, Co-leader of the trial, said: “We have what we believe is a much more effective replacement for one of the gold standard drugs for the treatment of heart failure. This is a major advance in the treatment of this terrible problem.”

Heart failure occurs when the heart has been damaged – by a heart attack for example – and can no longer pump blood around the body as effectively as it used to.

Prof McMurray said: “When the heart muscle is damaged the body responds to the low flow of blood by stimulating the production of hormones like angiotensin II and noradrenaline. These hormones constrict blood vessels and make it harder for the failing heart to squeeze blood into these vessels.

“Over time, the constant production of these hormones further damages the heart, blood vessels and kidneys.

“Enalapril works by blocking or inhibiting these hormones and by doing so slows down or even reverses the progressive worsening of the condition.

“What this new drug LCZ696 does is simultaneously inhibit the bad hormones – like enalapril - but in addition boosts the production of beneficial hormones. Several of these beneficial substances stimulate the kidneys to produce more urine, to excrete sodium and water, and act to relax blood vessels. All of these actions unload the failing heart.

“By having this dual effect LCZ696 had extra beneficial actions compared with enalapril and in this way improved patient outcomes.”

The researchers wanted to compare mortality rates and hospitalisation for heart failure.
Early results showed that 914 (21.8%) of patients in the LCZ696 group died of cardiovascular causes, compared with 1117 (26.5%) in the enalapril group. A further 711 (17%) of patients receiving LCZ696 and 835 (19.8%) of those receiving enalapril died of any cause. Both this 20% reduction in death from cardiovascular causes and 16% reduction in death from any cause were highly statistically significant and clinically important.

LCZ696 also reduced hospitalisation for heart failure by 21% and improved the symptoms and physical limitations of heart failure more than enalapril.

The results were emphatic enough for researchers to bring the trial to an early close after 27 months.

Patients on the experimental drug did have slightly more hypotension and non-serious angiodema, but less renal impairment, hyperkalemia and cough than the enalapril group.

Co-author Professor Milton Packer of the University of Texas Southwestern Medical Centre said: “The magnitude of the advantages of LCZ696 was highly statistically significant and clinically important, even though the drug was compared against enalapril given at a dose shown to reduce mortality when compared with placebo.

Professor McMurray added: “The benefit of LCZ696 was seen in addition to all other drugs known to improve survival in heart failure – beta-blockers and mineralocorticoid receptor antagonists –and was apparent from early in the trial.

“In conclusion, compared with our current gold-standard treatment enalapril, the new angiotensin receptor-neprilysin inhibitor LCZ696 made patients live longer, stay out of hospital and feel better, fulfilling all our goals of treatment. This is a remarkable finding and strongly supports using this new approach instead of an ACE inhibitor or ARB in the treatment of chronic heart failure.”