Independent Scottish Fiscal Commission to be based at University

The independent Scottish Fiscal Commission has been established to review government forecasts of receipts from devolved taxes.‌‌

Once appointed the expert commissioners will examine Scottish Government tax revenue forecasts for the two devolved Scottish taxes, which will transfer to Scotland in April 2015 under powers in the Scotland Act 2012: Land and Buildings Transaction Tax and Scottish Landfill Tax. 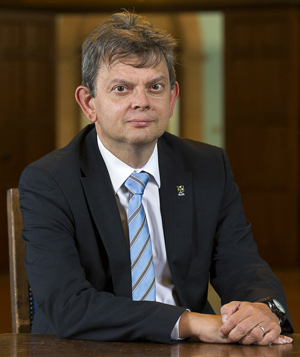 The Commission will also have a role in scrutinising the economic factors which underpin forecast receipts from non-domestic rates.

The Scottish Fiscal Commission will start work this summer and will review and comment publicly on tax forecasts ahead of the introduction of the 2015-16 Draft Scottish Budget in the autumn.

“The creation of an independent Scottish Fiscal Commission is another important milestone in the journey to enhance Scotland’s fiscal powers and I am delighted that such high calibre people have agreed to be nominated as members.

“The Scottish Fiscal Commission will provide impartial and expert public scrutiny of the Scottish Government’s tax forecasts, and so provide the Parliament and the public with assurance on their integrity. This is important because these tax receipts will fund a proportion of public spending in Scotland from 2015-16. We need to get the forecasts right and the work of the Commission will help ensure that happens.

“It is essential to the effectiveness of the Commission that it is independent of the Scottish Government, and is seen to be so. I therefore very much welcome the role which the Scottish Parliament will play in approving the nominations of members to the Commission.”

To ensure independence from the Scottish Government, the Commission will not draw on Scottish Government officials for analysis and other inputs. In practice, expert resources to undertake this work are likely to come from the academic community. Professor Anton Muscatelli, the Principal and Vice-Chancellor of Glasgow University in which Professor Leith holds a Chair, has agreed to host the Commission within the University.

“I am delighted that the Cabinet Secretary for Finance, Employment and Sustainable Growth has announced that the new Scottish Fiscal Commission will be based at the University of Glasgow.

“Independent fiscal commissions play a crucial role in the scrutiny of fiscal policies around the world, and the new body will provide important assurance to the government and Parliament on tax forecasts for its current fiscal powers.

“The University of Glasgow is delighted to provide an independent base for the Commission as it provides an important public service. We are also pleased that one of our leading macroeconomists, Professor Campbell Leith, has been nominated to serve as one of the Commission's three members.”