Researchers have unlocked the long-standing mystery of how the malaria parasite initiates the process of passing from human to human.

Using a battery of high-tech approaches, scientists from the University of Glasgow and the Wellcome Trust Sanger Institute, near Cambridge, have identified the factor that the parasite must produce to begin the process of passing from human to mosquito and, therefore, completing its full life cycle. 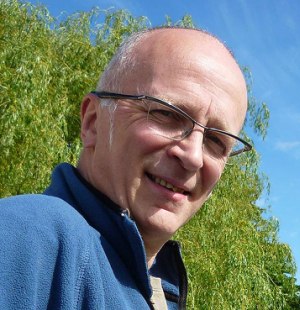 This discovery opens up the way to potential new drug treatments that would prevent transmission of the disease.

Malaria is transmitted to people through the bites of mosquitoes which have themselves been infected by the Plasmodium parasites that cause the disease through a previous blood meal taken from an infected person. When a mosquito bites an infected person, a small amount of blood is taken in which contains microscopic malaria parasites. About two weeks later, when the mosquito takes its next blood meal, the progeny of these parasites mix with the mosquito's saliva and are injected into the person being bitten. The whole process of the parasite passing through the mosquito is what is called transmission.

The breakthrough achieved by the University of Glasgow/Wellcome Trust Sanger Institute team has been to identify the way the parasite flicks the switch that allows transmission to take place.

The researchers have identified a single regulatory protein which acts as the “master switch” that triggers the development of male and female sexual forms (termed gametocytes) of the malaria parasite. It is these specialized sexual cells that are responsible for the infection of the mosquito and initiation of transmission.

If the malaria parasite is unable to take that crucial sexual developmental step, then transmission of the disease can no longer take place from one host to another. How parasites "decide" to produce sexual stages has been a mystery that has baffled malaria researchers for years – but no longer. 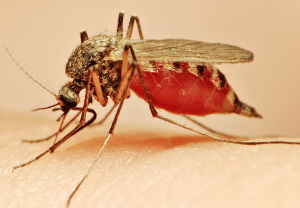 The researchers spent more than three years using highly-sophisticated genome sequencing techniques to identify mutants of the protein which prevent the development of gametocytes; then, they effectively reversed the process by genetic engineering of the mutant gene in the parasites to repair the protein switch which restored the parasite’s ability to make gametocytes. In other words, they were able to switch off and then switch on again the means of developing the form of the parasite that transmits malaria from one human to another and so prove that the protein acts as the switch.

The discovery of how the key regulatory protein works means this "transmission switch" could be disabled in future through the development of new drugs. However, any drug treatment developed as a result of this research is likely to be what scientists describe as an “altruistic intervention”. The drug would be taken by adults who were already infected by malaria but had developed resistance to the disease; the drug would block the “transmission switch”, thus preventing re-infection or infection to, for instance, their children. It is anticipated that many parents would agree to take such a drug if it meant offering greater protection to their children.

Andy Waters, Professor and Director of the Wellcome Trust Centre for Molecular Parasitology at the University of Glasgow, said: "Malaria is the biggest parasitic disease killer that there is in the world, so clearly we need to combat that. There are drugs, but they are losing their efficacy because the parasite is becoming resistant. There is currently no vaccine."

Professor Waters' team worked in collaboration with Dr Oliver Billker, of the Wellcome Trust Sanger Institute, at Hinxton, near Cambridge. Dr Billker commented: “This work has significant implications for basic research as well. The identification of this switch opens the way to study in great detail the process of gametocyte production by the parasite which in turn could eventually lead to new therapies such as drugs.”

The research by the University of Glasgow and Wellcome Trust Sanger Institute, and parallel research carried out at Princeton and Penn Universities in the United States, is published in the 23 February edition of the journal Nature.

Even today, there is still a risk that malaria could be reintroduced into the United States and Europe where malaria was largely eliminated by the 1950s. However, nearly half of the world’s population, or 3.4 billion people, currently live in 97 countries and territories that are at risk of malaria transmission, according to the World Health Organisation’s World Malaria Report 2013.
WHO estimates that in 2012, 483,000 children under five died from malaria – 1,300 children every day or one child almost every minute. Some 90% of all malaria deaths occur in sub-Saharan Africa and 77% occur in children under five.