Academics from the University of Glasgow are bringing knitting professionals, experts and enthusiastic amateurs from across Scotland together today (18 October) for a public study day at the Lighthouse in Glasgow.

In recent years the art of knitting has enjoyed a widespread revival in popularity, with a new generation of knitters rejuvenating one of Scotland’s most recognisable and internationally renowned crafts.

The study day, called ‘Reinventing Scotland’s Woollen Traditions’, plays host to talks that will explore the history of one of the nation’s most iconic industries, look at the impacts that its new found popularity is having on Scotland’s creative industries today and how knitting is changing in the 21st Century. 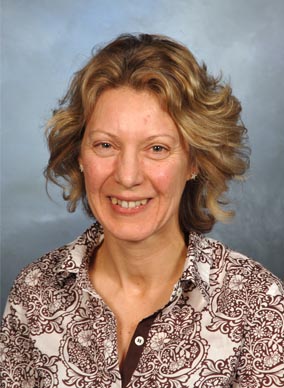 The day after the public study day (19 October), the University of Glasgow will host the final workshop in a three part series, funded by the Royal Society of Edinburgh. ‘Economies of Culture and Design’ will attract academics and experts from the heritage, art and design sectors to examine the history of knitted textile crafts and designs and the way that this heritage influences contemporary art and design in the 21st century.

‌Professor Lynn Abrams of the University of Glasgow, who is coordinating the public study day and the workshop, said: “Scotland has a rich history of producing knitted textiles and a reputation in the industry that is recognised around the world. We want this study day and workshop to not only look at the history and heritage of the craft but also how Scottish knitting can contribute to the future of Scottish tourism and fashion.

"­In recent years interest in knitting has really boomed, and this is being reflected in fashion and popular culture today. Knitting is no longer the pastime of an older generation, it is increasingly appealing to a younger demographic who are engaging with the idea of expressing themselves through knitting as a creative art. The advance of the internet and social media has also been key to the emergence of new close-knit communities.”

The growth in popularity of hand knitting has been aided by the increased use of social media sites such as Twitter and Pinterest, alongside more specialised knit and crochet communities, such as Ravelry and blogs which attract tens of thousands of readers.