Art detectives look through the layers of ‘lost’ works

Art Historians and scientists from the University of Glasgow have completed an international research project to trace the origins of four previously misattributed paintings.

The two year study which was funded by the European Culture Fund and the British Academy traced the paintings, which were previously thought to be by Hieronymus Bosch and Pieter Bruegel the Elder, back to workshops in 16th-century Antwerp.

The project, entitled ‘Bosch and Bruegel: Four paintings magnified’, involved the collaboration of conservators, conservation scientists and art historians from around Europe. Researchers used state of the art infra-red imaging, X-radiography, dendrochronology, pigment and binding-medium analysis to investigate the works, which all depict Christ driving the Traders from the Temple.

The groundbreaking technology used on the project gave the team a rare glimpse inside the artist’s studio of the era by allowing the experts to look through the layers of paint to see the secrets of composition. This close analysis yielded a greater understanding of materials, techniques and studio practice of the time.

“This unique interdisciplinary and international research project made full use of the University of Glasgow's state of the art scientific research facilities, its unique strength in technical art history, and collaboration with colleagues from Copenhagen and Tallinn, to unlock  the many secrets in this intriguing story of the making and meaning of these four paintings, and what a great story it is.”

Councillor Archie Graham, Chair of Glasgow Life said: “Everyone loves a good detective story, especially one with such an international flavour. Working with other international museum organisations on this world class research project and using state of the art techniques, many of the mysteries of this painting are revealed in this exhibition at Kelvingrove Art Gallery and Museum. The exhibition represents a detailed examination of the most up to date methods there are of learning even more about objects in Glasgow’s collection.”

The findings are showcased in a book ‘On the Trail of Bosch and Bruegel: Four paintings under cross-examination’, and a multimedia exhibition, ’Art Detectives: Investigating Bosch and Bruegel’, organised together with Glasgow Museums, which will open in the Kelvingrove Museum on Thursday 22 November 2012, following exhibitions in Tallinn and Copenhagen. 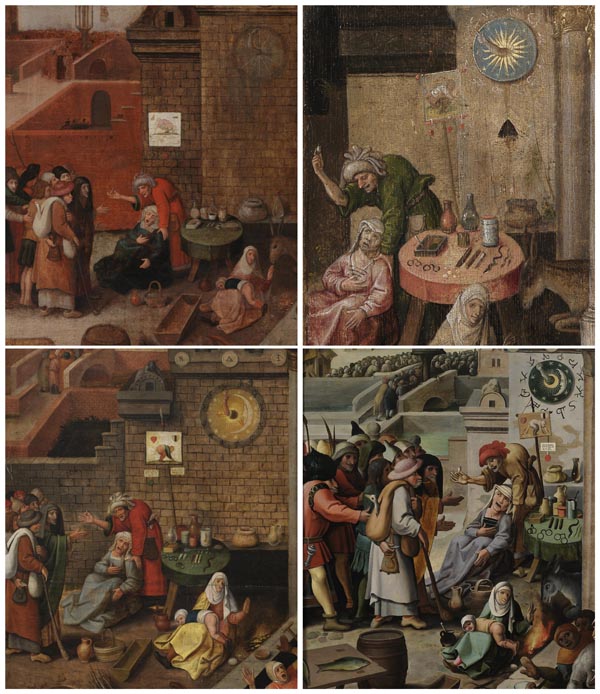