Additional places for up to 800 students from low-income backgrounds will be created at the University of Glasgow over the next four years.

The announcement, made today with the financial backing of the Scottish Funding Council (SFC), will strengthen the University’s existing commitment to assisting students who might otherwise miss out on access to higher education. 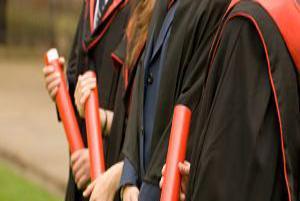 Currently, 24.1% of the University of Glasgow’s Scottish-domiciled undergraduate students come from MD40 backgrounds, the highest rate of participation of any of Scotland’s ancient universities.

Professor Anton Muscatelli, the University’s Principal and Vice-Chancellor, said: “We have a long-standing commitment to the principle of widening access to higher education. Today’s announcement, which is part of our Outcome Agreement negotiations with the Scottish Funding Council, will make a major contribution to increasing the scale and ambition of our efforts.

“The additional funding will allow us to expand the number and spread of neighbourhoods we target in order to reach more pupils and, more importantly, start to engage with them from an earlier age. We’ll also be able to support more adults returning to higher education.

“We believe that universities have a responsibility to make higher education accessible to people from the widest possible socioeconomic spectrum. We are excited by the prospect of helping recruit and retain more students who will benefit from the world-class education available at the University of Glasgow.”

Currently, the University offers a number of widening participation programmes for school leavers. The Top-Up Programme, created in 1999, provides dedicated support for students from West of Scotland schools with the lowest rates of higher education progression to effectively make the transition to university study.

Research conducted this summer of 1,000 Top-Up participants by the University showed that the students achieved higher grades and were more likely to enter a second year of study than their counterparts from less deprived areas.

The Summer School programme, created in 1985, provides similar support for students from schools which are not eligible for Top-Up. The University also participates in the national Reach programme to support S4-S6 pupils who wish to pursue professional degrees in Dentistry, Law, Medicine and Veterinary Medicine and Surgery.

The University also runs a series of Access courses to encourage adults to engage with higher education, as well as through partnership with the Scottish Wider Access Programme (SWAP).