Glasgow to Beijing – the enduring relevance of Adam Smith

Chinese premier Wen Jiabao’s scholarly interest in the works of the University of Glasgow economist Adam Smith demonstrates the global impact and enduring relevance of his works.

And, following the recent publication of new Chinese translation of one of Adam Smith’s key works, ‘Theory of Moral Sentiments’, a leading expert on the life and work of Adam Smith is to deliver a free public lecture in China.

Chris Berry, Professor of Political Theory at the University of Glasgow, where Smith wrote his world-changing works, will deliver the lecture on 25 March at Peking University in Beijing. 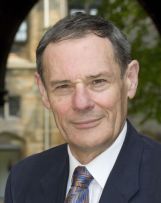 Professor Berry said: “With the modernisation of China into a global economic superpower, there is renewed interest in the work of Adam Smith. It is an opportunity to look beyond the caricature that depicts him as the enemy of government regulation and believer in something called the ‘invisible hand’ to produce optimum economic outcomes. In fact, if we actually read Smith then these depictions can be seen to be contrary to what he tried to teach.

“Smith made it clear in Wealth of Nations that the ‘wealth’ lay in the well-being of the people. This covered not only their material prosperity but also their moral welfare. He thought to be in poverty was a miserable condition and that to be condemned to repetitive limited tasks (like sharpening pins several thousand times a day) damaged our ‘social’ and ‘intellectual virtues’.

“Adam Smith, the supposed father of capitalism, and Karl Marx, the begetter of communism have much in common. Both were intently interested in the transition from a feudal agricultural society to a commercial or market one. Both believed this change could be explained by deep-seated economic causes and both have had their ideas co-opted to establish social systems.

“Modern China, it would seem, wants the impersonal discipline of the market as the engine of modernisation and enhanced welfare. The challenge is to sustain this alongside Smith’s total vision in which the conception of welfare is inseparable from the enjoyment of liberty (the right of each individual to live their own lives as they themselves see fit) within the framework of the rule of law.”

The lecture coincides with a visit by a senior delegation from the University of Glasgow led by Principal Anton Muscatelli to Tianjin, Nakai and Peking Universities aimed at fostering new and deeper academic links between Glasgow and China. Principal Muscatelli will later be attending alumni events in Shanghai and Hong Kong.

As an accompaniment to the lecture, the University of Glasgow has produced a short webclip on the life and work of Adam Smith. Professor Berry describes the making of the man, the global significance of his writing and explains why Smith's work still resonates with us today.

‘Adam Smith in 10 minutes’ can be accessed here: http://www.gla.ac.uk/adamsmith

* Adam Smith (1723-1790) was a student, Professor of Logic, Professor of Moral Philosophy and finally Lord Rector of the University of Glasgow.

He entered Glasgow University (founded 1451) at the early - but for the time not unusual - age of fourteen and studied under some of the leading scholars of the day. In 1740, Smith was awarded a Snell Scholarship to study at Balliol College, Oxford. After a period of free-lance lecturing, Smith returned to the University of Glasgow, first as Professor of Logic in 1750 and then, two years later, as Professor of Moral Philosophy, a post he held until he left academia in 1764.

The seeds of Smith's two great books ‘The Theory of Moral Sentiments’ and ‘Inquiry into the Nature and Causes of the Wealth of Nations’ were sown in his professorial years at the University of Glasgow.