Leading economists, Professors Ronald MacDonald and Paul Hallwood are calling for an end to the Barnett Formula and a move to Scottish fiscal autonomy.

In their new book, The Political Economy of Financing the Scottish Government: Considering a New Constitutional Settlement for Scotland, they consider a number of alternatives to the current system, including the Calman proposal, and find all systems short of fiscal autonomy lacking. 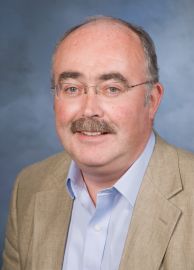 “The current fiscal settlement for Scotland is no longer politically tenable, nor is it economically defensible.  We consider a number of alternatives to the Barnett formula, and our analysis shows that proposals like those from the Calman Commission are merely tinkering with the current system and will fail.

Professor Paul Hallwood, Professor of Economics at the University of Connecticut, said:

“Since the 1970s, Scotland has had a credible threat leave the ‘command and control’ system currently operating in the UK. Tax devolution has the great advantage of making those at Holyrood who spend taxes also bear the political cost of raising those taxes.  This basic idea of fiscal accountability goes back to the works of Adam Smith himself.  Whether looked at from the English or Scottish perspective, tax devolution is the logical answer to ongoing debates about budgets and bloc grants.

“There is a ‘democracy argument’ that applies in both Scotland and the rest of the UK, and we think that the Scottish electorate is intelligent enough to know and to vote its preferences. We come down firmly in favour of fiscal autonomy in which essentially most, if not all, revenues raised in Scotland – including North Sea oil revenues – are returned to Scotland.”

The authors conclude that irrespective of political questions about the constitution, fiscal autonomy, which can be designed for Scotland within the UK political union or for an independent Scotland, offers a much sharper and clearer incentive mechanism – for both the private sector and the elected representatives in Edinburgh – than either the status quo or lesser forms of fiscal federalism.

Endorsements of the book:

“The Barnett formula is doomed. These authors provide a readable and convincing guide to the alternatives. The volume is a wonderful example of what tight economic reasoning can do – its case for fiscal autonomy is unanswerable.”

“Hallwood and MacDonald make a compelling case for the devolution of fiscal authority to Scotland to increase fiscal autonomy and improve fiscal performance. They suggest not only the need for such devolution but provide a careful analysis and blueprint of how to do it.”

Professor Wallace Oates, University of Maryland, USA. Professor Oates is widely regarded as the originator of the so-called fiscal federalist literature and has made numerous key contributions to this literature

Paul Hallwood is Professor of Economics at the University of Connecticut where his research interests include the fields of economic integration – from both historical and policy orientated perspectives, the economics of business organisation, and ocean policy. He acted for several years as a consultant to a major oil exporting country and previously worked at the University of Aberdeen. He and MacDonald are joint authors of a leading advanced textbook on international finance.

Ronald MacDonald is the Adam Smith Professor of Political Economy University of Glasgow. He has published widely in the areas of Macroeconomics and International Finance. He has been a consultant to a number of central banks, financial institutions and the International Monetary Fund and has advised governments on macroeconomic policy. Since the creation of the Research papers in Economics (REPEC) world ranking of Economists, he has consistently appeared in the top five per cent of this poll, one of only three economists based in Scotland to achieve this ranking.