Two pioneering and inspirational geographers are to be awarded honorary degrees from the University of Glasgow this summer.

Professors Doreen Massey and Jane Soons will receive their awards in recognition of their contribution to the study of Geography at a ceremony in the Bute Hall, University of Glasgow on 2 July 2009. 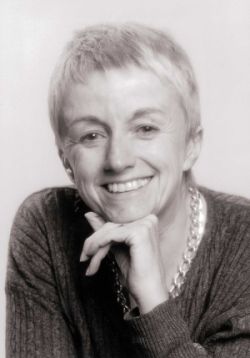 Arguably the single most important voice in UK Geography, Professor Doreen Massey’s academic publications have been at the cutting edge of the discipline for over 20 years.

Professor Massey, who is a strong supporter of Geography at Glasgow, has made vital contributions to our understanding of the changing structure of the UK economy and regional geography. Her thesis on globalisation – in which she is critical of the view from the affluent West that the world is becoming more homogenous, insisting instead that experiences of the poor in the Global South are profoundly different - has had a major impact not only in geography but also in other disciplines.

Professor Jane Soons is a distinguished alumnus of the University of Glasgow and was one of the University’s first ever female PhD graduates in Geography in 1958. She subsequently became the first woman ever to be appointed to a Chair at the University of Canterbury, New Zealand where she remains an Emeritus Professor.  Professor Soons’ research into the impacts of glaciation on the development of the New Zealand landscape is internationally known.

Clerk of Senate & Vice Principal of the University of Glasgow, Graham Caie said: “Professors Massey and Soons have strong links with Glasgow and so the University is especially delighted to recognise and honour the global contribution these distinguished academics have made to geographical research and study.”

Professors Doreen Massey and Jane Soons will receive their Doctor of Letters and Doctor of Science honorary degrees respectively at the graduation ceremony on 2 July in the Bute Hall at the University of Glasgow.