The University of Glasgow and the ReNeuron Group plc* are to begin a ground-breaking clinical trial with stem cell therapy for stroke.

ReNeuron announced today (19 January 2009) that it has received approval from the UK Medicines and Healthcare Products Regulatory Agency (MHRA) to commence a first-in-man clinical trial for the treatment of patients who have been left disabled by an ischaemic stroke, the most common form of the condition. Stroke is the third largest cause of death and the single largest cause of adult disability in the developed world.

In this ground-breaking Phase I trial, the first of its kind using expanded neural stem cells, stroke patients will be treated with ReNeuron’s ReN001 stem cell therapy at the University's Institute of Neurological Sciences based at Southern General Hospital, Glasgow.

The Principal Investigator for the trial is newly appointed Glasgow University Research Professor, Dr. Keith Muir. MHRA approval for the trial has been given subject to provision of data both from an ongoing pre-clinical study and from the long term follow-up of trial participants. Following successful completion of the ethics approval process which is currently underway for the trial, patient recruitment is expected to commence in the second quarter of this year. The trial is designed primarily to test the safety profile of ReN001 in ischaemic stroke patients at a range of cell doses, but a number of efficacy measures will also be evaluated over the course of the trial. The ReN001 cells will be administered by direct injection into the affected region of the brain in a straightforward surgical procedure.

Importantly, the nature of the procedure and the characteristics of the ReN001 cells mean that the patients will not require immunosuppression following treatment, thus eliminating the safety risks typically associated with immunosuppression regimens. Patients in the trial will be monitored for one year, with longer term follow-up procedures in place thereafter. 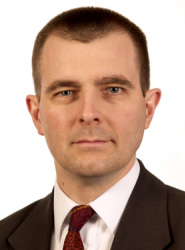 Dr. Keith Muir said: “Stem cell treatment offers the potential to repair brain tissue lost as a result of stroke. We are very excited at the opportunity to undertake this, the first clinical trial involving neural stem cell therapy in stroke. At this stage, we are primarily seeking to establish the safety and feasibility of this form of treatment, and if successful, we hope that it will lead on to larger studies looking at the effects of the treatment on patient recovery.”

Michael Hunt, Chief Executive Officer of ReNeuron, said: “This regulatory approval marks the first step in the process of testing the safety and potency of our lead ReN001 stroke therapy at a clinical level. It is the most important milestone in ReNeuron’s history thus far and also represents a significant development in the wider field as regards the translation of exciting stem cell science into clinical stage therapies. In many ways, ReNeuron has set the regulatory pathway in the UK for cell therapy trials of this type, and we are delighted to have been given the opportunity to move ReN001 into its clinical phase on home territory in the UK.”

Approximately 150,000 people suffer a stroke in the UK each year. The vast majority of these strokes are ischaemic in nature, caused by a blockage of blood flow in the brain (as opposed to a haemorrhagic or bleeding stroke).

Approximately one half of all stroke survivors are left with permanent disabilities as a result of the damage caused to brain tissue arising from the stroke. The annual health and social costs of caring for these patients is estimated to be in excess of £5 billion in the UK, with stroke patients estimated to be occupying at least 25 per cent of long term hospital beds.

The only current treatment for ischaemic stroke patients occurs in the acute phase of the condition (within several hours of the stroke), when anti-clotting agents are administered to dissolve the clot causing the blockage in blood flow to the brain. Only a small proportion of patients get to the hospital in time to be treated in this way.

Beyond the acute phase, there are no existing treatments, other than preventative or rehabilitation measures, to alleviate the disabilities suffered by stroke patients who have survived their stroke.

ReNeuron’s ReN001 cell therapy for stroke consists of a neural stem cell line, designated CTX, which has been generated using the Company’s proprietary cell expansion and cell selection technologies and then taken through a full manufacturing scale-up and quality-testing process. As such, ReN001 is a standardised, clinical and commercial-grade cell therapy product capable of treating all eligible patients presenting.

ReN001 has been shown to reverse the functional deficits associated with stroke disability when administered several weeks after the stroke event in relevant pre-clinical models of the condition. Extensive pre-clinical testing also indicates that the therapy is safe, with the ReN001 cells eventually cleared from the body with no adverse safety effects arising.

In the first-in-man, Phase I trial, a total of twelve patients will receive the ReN001 therapy between 6 and 24 months after their stroke. If ultimately shown to be safe and effective clinically, ReN001 would therefore offer a significant new treatment option for stroke survivors. The therapy offers the potential for a degree of recovery of function in disabled stroke patients, resulting in greater independence and quality of life for these patients and reduced reliance on health and social care systems.

The ReN001 cells that are being used in the initial clinical trial are taken from the existing manufactured cell banks that will form the basis of the eventual marketed product. There will therefore be no need to re-derive and test new ReN001 cell lines for subsequent clinical trials or for the market – all such cells can simply be expanded from the existing banked and tested product.

About the University of Glasgow's Institute of Neurological Sciences

The clinical Stroke Research Group of the Division of Clinical Neurosciences is based at the Institute of Neurological Sciences at Glasgow University, and has major collaborations, internally with the Glasgow Experimental MRI Centre, with SINAPSE (Scottish Imaging Network: A Platform for Scientific Excellence), and with the Translational Medicine Research Initiative (TMRI). Around 900 patients per year are admitted through the Acute Stroke Unit, which provides stroke services to the population of south Glasgow and specialist stroke treatments for the West of Scotland.

The unit is the highest user of acute clot-busting (thrombolytic) treatment in the UK at present, and has been extensively involved in clinical trials in stroke. Major research interests include evaluation of advanced brain imaging techniques in acute stroke, development of novel brain imaging techniques, improving the use of clot-busting drug treatments in stroke, and developing trial methodology for evaluation of regenerative treatments. The group has support from the Stroke Association, the Medical Research Council, and the TMRI. Regenerative strategies include collaborations with groups developing both drug-based and stem cell therapies across Europe.

ReNeuron expects to commence initial clinical studies with its lead ReN001 stem cell therapy for disabled stroke patients in the UK in the second quarter of 2009. In addition to its stroke programme, ReNeuron is developing stem cell therapies for a number of other conditions, including peripheral ischaemia, Type 1 diabetes and diseases of the retina.

ReNeuron has also developed a range of stem cell lines for non-therapeutic applications – its ReNcell® products for use in academic and commercial research. The Company’s ReNcell®CX and ReNcell®VM neural cell lines are marketed worldwide under license by USA-based Millipore Corporation.

* ReNeuron’s shares are traded on the London AIM market under the symbol RENE.L. Further information on ReNeuron and its products can be found at www.reneuron.com.