Is religion good for your health?

Columbia University Medical scientist Professor Richard Sloan is to speak on the effects of religion on medical science in a free public lecture.

Professor Richard Sloan believes there is a dangerous emerging alliance, particularly in America, between religion and medicine which both subverts good medical science and trivialises religious faith by bringing it into the laboratory.

Professor Richard Sloan’s said: “America is increasingly turning its back on science - a majority of Americans now believe that religious activities can help people recover from illness, prevent disease entirely and even act as viable substitutes for well-established medical treatments. The danger of health care being invaded by faith-related propaganda is a genuine threat to the practice of a compassionate and evidence based medicine." 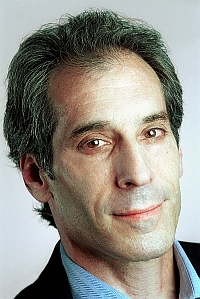 In his book, Blind Faith, Professor Sloan - a professor of behavioural medicine at Columbia University Medical Centre - examines the science, ethics and health care policy associated with the movement to bring religious practices into the medical world. He debunks the view that religion is good for your health and demonstrates how attempts to link religion and medicine actually can cause harm.

He does not dispute the fact that religion can bring a sense of comfort in times of difficulty, he shows that there is no compelling evidence that it provides an actual cure for any ailment.  Looking at the consequences for research, he sees money spent on studies of the medical benefits of religious activities as competition, drawing support away from the research of real cures developed by sound science.

His controversial book exposes the flawed research practices and questionable claims made by some scientists and practitioners whose aim appears to be bringing religion into the medicine regardless of the evidence. Discussing the role of the media in propagating the myth of religion’s curative power, the uncritical stance of the medical community, and rise in scientific illiteracy in America, Blind Faith presents readers with an alarming hypothetical world where weak science is embraced as established fact, critical ethical issues are ignored, significant practical considerations are abandoned, and religion itself is trivialized.