Novelist and Creative Writing tutor at the University of Glasgow, Zoë Strachan, has been awarded the prestigious Hermann Kesten Stipendium 2008.

This international fellowship is awarded biennially to writers, journalists and other artists from Nuremberg’s twin cities. Zoë has been selected to live and work in Nuremberg for four weeks, participating in a programme of readings, excursions and discussions that encourage mutual exchange of ideas. 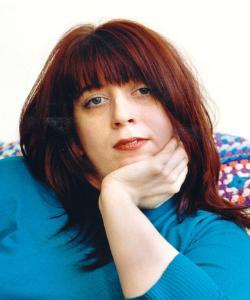 Zoë said: “I’m delighted to have been chosen for the Hermann Kesten Stipendium, and am very much looking forward to having the opportunity to discuss ideas with writers from such diverse countries. Nuremberg is a fascinating and challenging city in terms of art and history, so it seems the ideal location for such a fellowship. It’s also especially nice to be returning to Germany as I’ve lived there before – and it’s a good reason to improve my dreadful German!”

As well as a Creative Writing tutor, Zoë is a successful published author. Her award-winning debut novel, Negative Space, was published in 2002 and was followed by Spin Cycle in 2004. Zoë is currently working on her third novel, Play Dead.

The fellowship was named after the famous writer and world citizen Hermann Kesten (1900 - 1996) who spent his childhood and youth in Nuremberg until he was expelled by the National Socialists and later became an honorary citizen. Since its establishment in 2000 the fellowship continues to attract a high calibre of writers and journalists. Previous fellows include Alasdair Gray, Donny O'Rourke and Donal McLaughlin.