Screening and treating middle-aged adults with a family history of coronary heart disease could prevent more than 4 in 10 premature heart attacks, according to researcher from the University of Glasgow.

Professor Jill Pell led a team which looked at data from previous studies which show that immediate family members of patients with premature coronary heart disease (CHD) are at significantly increased risk of developing the disease.

Siblings are twice as likely to have a heart attack compared to the general population. Partners are also known to be at greater risk, due to shared risk factors in their lifestyle. The risk to family members increases further if more than one member of the immediate family has CHD. 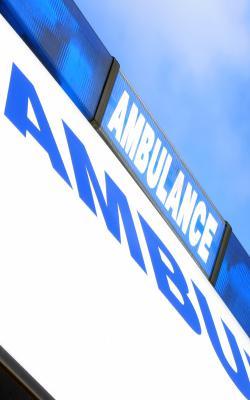 Using data from previous studies they estimate that in England and Scotland alone 7,369 premature heart attacks occur each year in people with a family history of premature heart attacks. Of those 6,485 might be preventable.
Professor Jill Pell said: "We know that having a family history of heart disease increases the risk of heart attack times two.
"Up to now, the only way of stopping heart attacks in the general population was to screen everyone, which is not really practical. We have now found a potential way of targeting screening at a group which will benefit most.
"If you have a more than 20 per cent risk of having a heart attack in the next ten years, then you could be offered treatment."
Screening could mean that once someone is admitted to hospital following a heart attack, their close family could be contacted and invited to see a doctor. They would then be asked about their lifestyle, such as whether they smoke, details of their diet and how much exercise they take. Their blood pressure and cholesterol levels would also be checked.
Once the risk of having a family member with CHD was taken into account they calculated that screening and treating middle aged adults with a family history could have prevented 42 per cent of premature heart attacks and 8 per cent of all heart attacks.

Many of the factors which increase the chances of developing CHD are modifiable, for example, smoking or having high blood pressure. So the researchers argue that family members would benefit from effective interventions to reduce these risks.

There have been attempts to identify high risk families via school, work or on-line questionnaires in the past, but the researchers believe “wide coverage could be achieved by identifying relatives whenever someone is admitted to hospital for premature heart attack. Furthermore they may be motivated by their relative’s illness, thereby improving the attainment and maintenance of risk factor control.”

Patients with CHD usually present acutely to A&E or are referred to an outpatient clinic.  These patients, they say, could be flagged as requiring family counselling. They conclude immediate family are an obvious, but neglected group at which primary prevention should be targeted.