Saving the remarkable kakapo from extinction

One of the strangest and most endangered birds in the world, the kakapo, is being brought back from the brink of extinction with the help of scientists from the University of Glasgow.

The largest of all parrot species, flightless, nocturnal and plant-eating, the kakapo used to be found all over New Zealand. But ecological changes, habitat clearance and the introduction of predatory mammals combined to cause a catastrophic decline in numbers to only 51 in 1995. 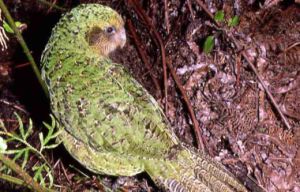 Another factor in their near extinction is that kakapo breed infrequently.   This is because they rear their young on the fruits of native trees. These trees - pink pine and rimu – only fruit every 2-6 years and kakapo only breed on those occasions. During the lean years in between, the kakapo’s natural diet consists of coarse leaves, grasses and herbs which lack adequate nutrients for the rearing of chicks.

Environmental and Evolutionary Biologists at the University of Glasgow, working with New Zealand’s Department of Conservation, produced a dietary supplement with the aim of boosting egg production of the few remaining kakapo. 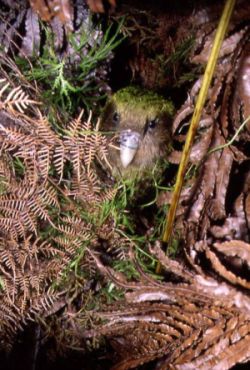 University of Glasgow Professor of Zoology David Houston, said: “Kakapo had been reluctant to breed, and when we analysed their food we suspected that it was their diet that was to blame.    Egg laying is a demanding time for all birds, and they need to have certain essential nutrients in their food if they are to lay good quality eggs.   We experimentally fed Kakapo a specially made supplement, with all the nutrients that we thought they were missing from their natural diet, to see if this would improve their breeding. Results showed that female birds that took the specially formulated food pellets laid significantly more eggs than those that did not.   In 2002, the first year in which the new diet was trialled, they laid a total of 67 eggs

Kakapo are still critically endangered, and because they breed only infrequently their recovery will be slow.   But this research is a boost to the ongoing Kakapo Recovery Plan, and brings the saving of the species one stage closer to success.