The Scots language can now be seen and heard all over the world thanks to an exciting website created by University of Glasgow researchers.

The recently completed Scottish Corpus of Texts and Speech (SCOTS) website contains more than four million words in Scots and Scottish English contained within texts from 1945 to the present day. A significant proportion of the Corpus is made up of transcripts of spoken language linked to audio recordings, so that users can hear or analyse features of Scottish accents and pronunciation for themselves. 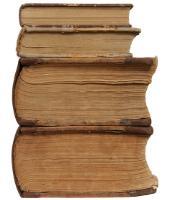 The resource has already been accessed by users both close to home – Scotland, the UK and Europe – and further afield – including the USA, Australia, China, Japan and South America.

Among the texts included in SCOTS are a large number of spontaneous conversations in varieties of Scots; interviews with well-known figures including Ian Rankin and Suhayl Saadi; collections of personal correspondence and diaries; and documents from the Scottish Parliament.

Project researcher, Dr Wendy Anderson, said: “The Scots language is a source of interest across the world as it is one aspect of a long and flourishing cultural heritage.

“The website will be a useful language resource for academic researchers and students, language learners and teachers, dictionary writers and secondary school language teachers, not to mention for the large number of general users who just want to satisfy a curiosity about the Scots language.”

The online resource, funded by the Arts and Humanities Research Council, can be accessed at www.scottishcorpus.ac.uk. The project team would like to acknowledge the help of the countless organisations, writers and participants who contributed to the resource.

The SCOTS team are now working to build a parallel resource for older varieties of language, covering the period 1700-1945. This new Corpus of Modern Scottish Writing, also funded by the AHRC, will be made freely available online and will allow users to trace the development of features of Scots and Scottish English over time.

The project team would like to acknowledge the help of the countless organisations, writers and participants who contributed to the resource.