Professor Anne Anderson, Vice Principal and Head of the College of Social Sciences, has announced that she will be retiring from the University in July 2019. The University will be initiating a global search to identify Professor Anderson’s successor. 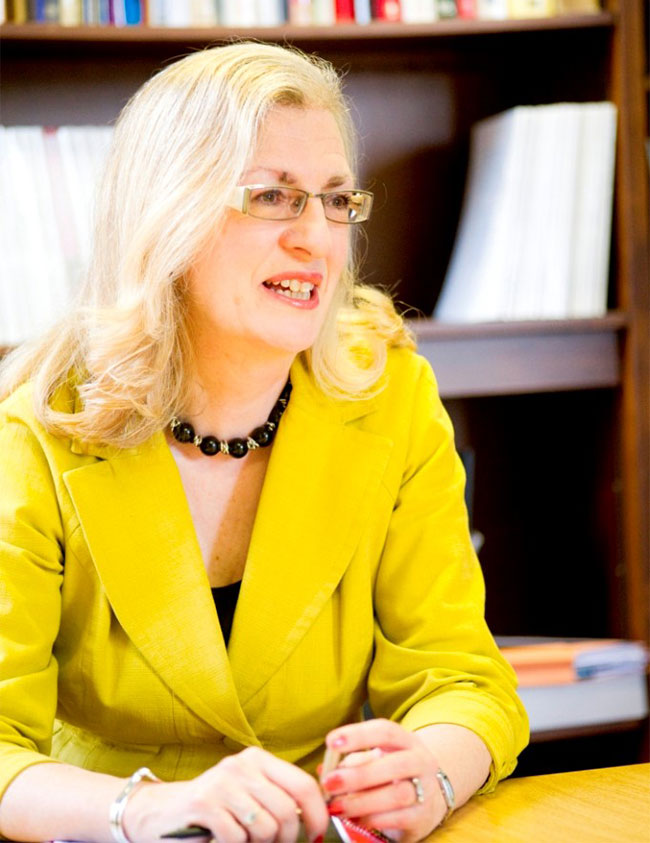 Professor Anderson studied psychology at the University of Glasgow before completing her PhD here. She then moved to the University of Edinburgh as a research fellow, only to return to Glasgow in 1986 where she spent two decades as a successful academic. In 2006, Professor Anderson was appointed to the post of Vice Principal and Head of the College of Arts, Science and Engineering at the University of Dundee, before again returning to Glasgow four years later as Vice Principal and the first ever Head of the College of Social Sciences.‌‌‌‌‌‌

Reflecting on the many achievements under her leadership, Professor Anderson singled out the way in which she has helped shape the international agenda at the University of Glasgow and in particular within the College of Social Sciences.

"Our success in attracting international students to study here in Glasgow has allowed us to double our financial turnover and as a result we have been able to recruit dozens and dozens of additional highly talented academic and professional services colleagues across all our schools. In the Erasmus Mundus masters competitions, the College has been the most successful university in Europe, securing over 30 million Euros to support more than 1,300 masters students to study both here in Glasgow and then in our partner universities."

Professor Anderson intends to spend the next few months working with colleagues to build on these successes and to further grow and enhance the international reputation of both the College and the University. She will also focus on continuing to support ambitious interdisciplinary research bids which the College now has an enviable track record of winning.

Retirement will not necessarily involve a lot of free time. She will carry on as a board member with VisitScotland, Deputy Chair of the Commonwealth Scholarship Commission, section lead with the Royal Society of Edinburgh, member of the Scottish Funding Council Research and KE Committee, adviser to both the Robertson Trust and British Council (Scotland), and as Honorary President of the Queen Margaret Union.

Professor Anderson is hugely proud of her time as a student, academic and senior leader at Glasgow.

"I have thoroughly enjoyed my career here at the University. As a proud Glaswegian and alumna, it has been a privilege to have the opportunity to lead the College of Social Sciences and to work with so many wonderful colleagues and students."

The Principal, Professor Sir Anton Muscatelli, said: "I want to pay tribute to Professor Anderson as one of our key academic leaders and as a core member of my senior management team. As the inaugural Head of the College of Social Sciences and Vice-Principal, Anne has been responsible for driving through major and innovative change and has delivered so much, both in her own area and to the wider University. She has overseen the academic development of the College in its first decade, with a major expansion of its research funding and our postgraduate students. Beyond the confines of Glasgow, she was instrumental in building our international profile, especially in China where she led on the partnership with Nankai University, and has helped to transform and grow our School of Interdisciplinary Studies in Dumfries. Anne has also made a huge contribution to developing the student experience, including as a committed and passionate gender equality champion. I wish Anne all the very best for her retirement next summer, and thank her for all that she has done for the University of Glasgow."