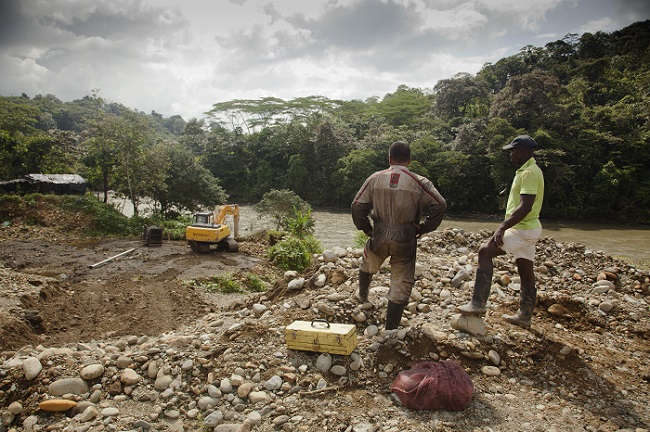 Can a river have rights? If so, how does it claim these?

These are two of the questions being addressed in a new cross Atlantic research project between academics and non-governmental organisations in the UK and Colombia.

The multi-disciplinary team, who are collaborating with Colombian social leaders and communities, has been awarded new funding to work along Colombia’s Rio Atrato to claim the rights of a river being devastated by illegal gold mining, it was announced today (3 September 2018)

The Atrato is situated in Chocó on the northwestern Pacific coast of Colombia. Last year the global importance of the Atrato was reaffirmed when Colombia’s constitutional court granted the river rights in a landmark ruling.

The court ruled that the Atrato was subject to rights to protection, conservation, maintenance and restoration. This ruling sets an important global precedent for how environments might be better managed and protected in the future.

The Atrato is one of the world’s most important biodiversity hotspots, abundant in natural resources. However, these natural resources attract a range of interested parties, many of which are illegal. These challenges are set in the broader context of the ongoing peace process in Colombia following a 52-year civil war. 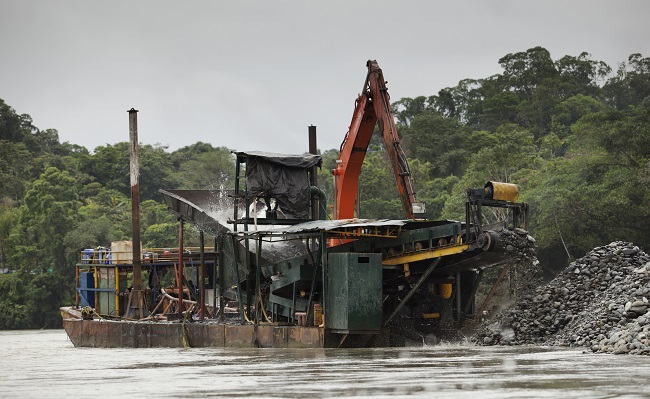 The funding from Economic and Social Research Council and Newton-Caldas Fund  has been awarded to the Colombia River Stories project being led Dr Mo Hume from the University of Glasgow.

The UK/Colombian partnership project includes the universities of Glasgow, Portsmouth and Nottingham along with UTCH (Universidad Tecnológica del Chocó Diego Luis Córdoba) in Colombia, as well as SCIAF and advocacy group ABColombia, both of which have been working in Chocó for many years.

Dr Mo Hume, of the University’s School of Social and Political Sciences, said: “In the words of one of the guardians of the Atrato, the river is ‘life’.

“Everything revolves around the river and their livelihoods depend on it. Without the river, they will have nothing.

“But the river is not just important to Colombia, it is globally significant too as it runs through one of the world’s top 10 most important biodiversity hotspots.

“The river is being devastated by illegal mining and the displacement caused by the ongoing humanitarian crisis, despite both the peace process and the court ruling which grants the river rights and demands the state to protect and restore the river.

“Our project grows out of SCIAF’s many years of work in the region and we will be working alongside the communities to develop the tools and robust data on the effects of mining and conflict to help the local people claim their own and the river’s rights. Together we will generate ‘River Stories’ through which both the people and the river can articulate their histories, identify major challenges and pathways to address these.”

Mark Camburn, SCIAF’s Programme Officer for Colombia, said: “Chocó is one of the poorest regions of Colombia, and has long been affected by the country’s ongoing internal armed conflict. The rights of the indigenous and afro-descendent communities in the region have been routinely ignored with families forced to move from their land to escape the conflict. Families along the Atrato have also seen the river that they depend on destroyed by illegal gold mining carried out by small groups and businesses who have come into the area.

“Last year’s ruling and this new initiative will enable local people to properly articulate what the river means to them, the severe challenges they are facing and the long term and peaceful solutions that are needed to maintain the health of the river and local people who depend on it to survive.” 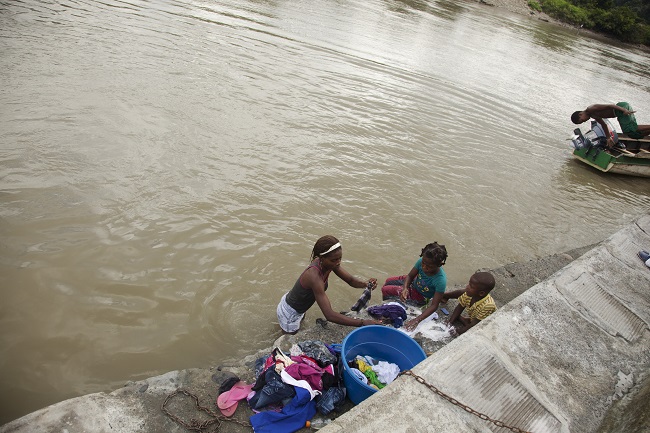 For local people, Colombia’s fragile peace, and ongoing violence, makes it particularly challenging to protect the environment and sustainable livelihoods of those living in the area. Colombia has one of the highest murder rates of social activists in the world and killings have increased in 2018.

The partnership project will help provide the robust evidence to the indigenous people and Afro-Colombia descendants living along the Atrato to demand and enforce the river’s rights.

Through the development of “River Stories’, the project will both generate robust scientific evidence and data for local communities. The process of developing stories will help different groups to better understand drivers of the destruction and identify sustainable, peaceful solutions to it.

The Rio Atrato, in Chocó Department – is a region of Colombia in the northwestern Pacific rainforest. It is one of Colombia’s poorest areas, geographically isolated and is recognised globally as a “biodiversity hotspot”.

In 2016, the Colombian government and leaders of the Revolutionary Armed Forces of Colombia (known as FARC) signed a peace agreement, which halted 50 years of civil war in the country. The election of a new president in 2018 has generated fears that the process will be undermined and any social activists continue to be murdered.

However, despite this, Chocó remains a stronghold for a range of paramilitary and anti-government militia groups who are yet to sue for peace. This means the militias remain in control of the Atrato rich deposits of gold. With the state unable to intervene, illegal mining of this sediment has accelerated unchecked effort to monitor or check its environmental impact.

The river’s new rights, given by the Colombia’s courts, say it must be protected and eventually restore. The project use an innovative and multi-disciplinary methodology that brings social scientists and natural scientists together – integrating their research methods and techniques to capture human stories through community-level, research and the river’s story through field-based scientific monitoring and environmental reconstruction and mapping.

The storybooks that are produced, and the policy briefs that they underpin, will be the vehicles through which policy-makers are bought into dialogue with the communities

Non-academic partners UK: SCIAF and ABColombia (platform of which SCIAF is a member), with the diocese of Qubdó in Colombia and Tierra Digna, environmental non governmental organisation (both SCIAF partners)