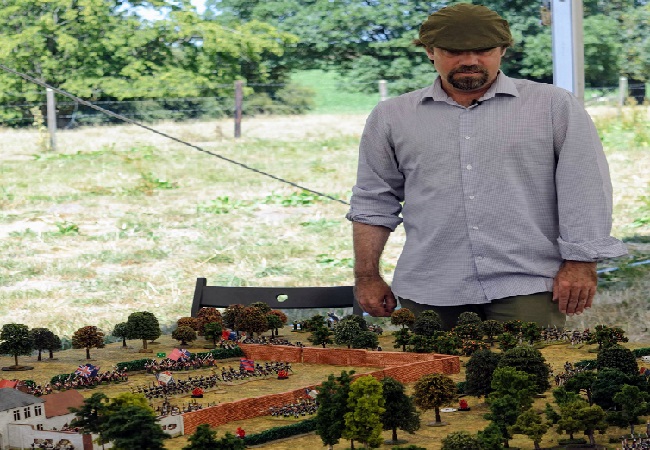 T‌he University of Glasgow will host the biggest ever historical tabletop war game to replay the Battle of Waterloo, it was announced today (Monday 16 July 2018)

Now organisers are looking for war gamers, schoolchildren, University students, members of the public, amateur artists, as well as military personnel and veterans to get involved in this massive undertaking.

In total the one-off event, being held in Glasgow in June 2019, will see some 20,000 plus 28mm figures been fielded on a purpose built table recreating the Belgium battlefield.

The figures will come from the over 80 war gamers who will be needed to replay the Battle of Waterloo and sponsors loaning their collections. Others will be provided by veterans groups, schools and members of the public who can volunteer to take part in a massive painting club in the months leading up to the war game.

For the one off charity event, the University of Glasgow will be joining forces with Waterloo Uncovered.

The charity, Waterloo Uncovered, has been excavating on the Waterloo battlefield since 2015, using a team of professional archaeologists working alongside veterans and serving personnel, many of whom suffer from a range of physical and mental injuries as a result of the their service, including Post Traumatic Stress Disorder (PTSD).

The Great Game: Waterloo Replayed is being staged in support of the charity’s work combining world-class archaeology with a support programme for veterans and military community.

Every battalion, regiment and battery which took place in the real Battle of Waterloo will be represented. The thousands of infantry, cavalry and artillery figures that are needed for the one-off event will be fielded on a unique table on the ground floor of the Kelvin Gallery in the University of Glasgow.

The announcement of the charity event was made from the site of the 2018 Waterloo Uncovered dig in Belgium by lead archaeologist Professor Tony Pollard, of the University of Glasgow.

‌Professor Pollard, the University’s Professor of Conflict History and Archaeology, spoke at Waterloo’s Hougoumont Chateau, as Waterloo Uncovered held a preview mini war game to introduce it to the archaeologists and Serving Personnel and Veterans (SPVs) taking part in the 2018 dig.

He said: “History tells us who won a battle or a war. Projects like this help to bring history out of the pages of books and to a wider audience.

“The Battle of Waterloo is one of those iconic battles involving the famous historical figures of Napoleon Bonaparte and the Duke of Wellington. Many Scottish regiments fought under Wellington’s command at Waterloo.

“Indeed Wellington has become an iconic and much loved part of Glasgow’s cityscape after a traffic cone was placed on his statue’s head a few years ago in the centre of the city. So it seems fitting to do this event in Glasgow.” 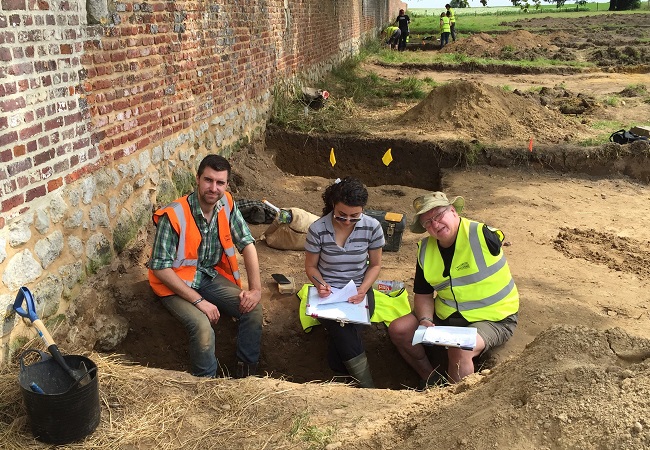 Uniquely, this will not merely be a game played by war gamers, but it will also involve Serving Personnel and Veterans who will be attached to experienced war gamers for the game. This is in line with the philosophy of Waterloo Uncovered.

Mark Evans of Waterloo Uncovered said: “Many of our veterans have experienced battle at first hand; getting them involved in both the dig and in the development of the war gaming record attempt lends a whole new dimension to the event.

“We’re hoping that what we discover from the archaeology of the battlefield, and the knowledge and experience of the veterans will feed into the way the war game is fought.”

In addition members of the public will also be able to get involved with both the war game and associated events leading up to June 2019.

Professor Sir Anton Muscatelli, Principal and Vice-Chancellor of the University of Glasgow, said: “This is an ambitious undertaking but it is wonderful way to engage and educate on such a pivotal and key historical event.

“The University of Glasgow is delighted to support this charity event by providing the venue. We look forward to welcoming everyone to Glasgow for Waterloo Replayed and wish all those well who are helping to make it a reality in the coming months.”

The Battle of Waterloo took place on June 18 1815. The battle created modern Europe and ended the Napoleonic era. It started when the French launched an offensive against the British position at Hougoumont, a cluster of farm buildings situated a few miles from Brussels. The Duke of Wellington, the Allied commander, asked the Coldstream Guards to defend the farmhouse. It would turn out to be the Guards' finest hour. Napoleon’s forces were eventually defeated and there were tens of thousands of casualties. He was exiled to the island of St Helena, where he died in 1821. Hougoumont still stands today, and was restored a couple of years ago in time for Waterloo's 200th anniversary. 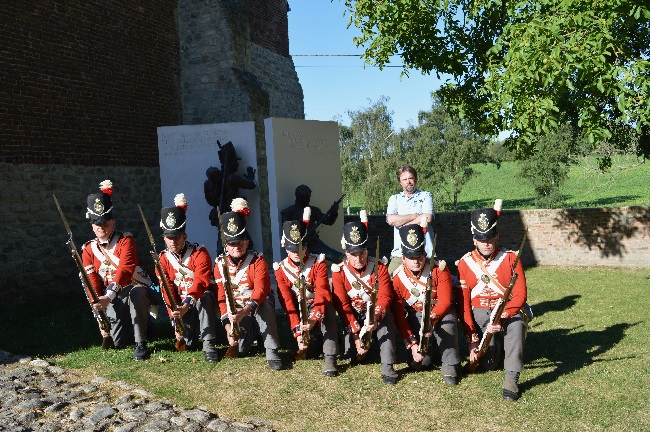