‌‌Two staff from the College of Arts were presented with a University of Glasgow Teaching Excellence Award.

The two recipients are based at the School of Humanities | Sgoil nan Daonnachdan.

Ann Gow, who received a standing ovation from students when she was presented with her TEA “for a career distinguished by significant and sustained commitment to excellence” on Tuesday 26 June  2018 , while Timothy Peacock’s was an early career award. 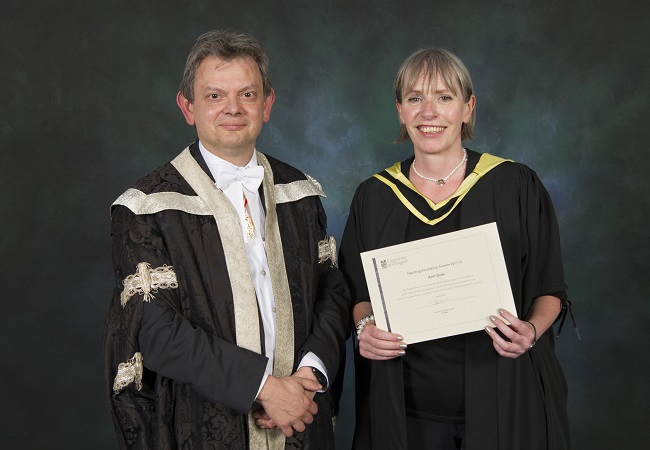 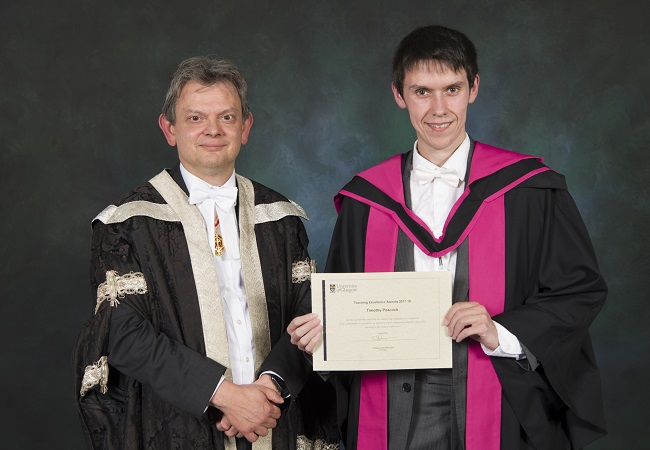