The UofG Campus Masterplan was shortlisted for the Education Future Projects category at the World Architecture Festival in Berlin last week.

The World Architecture Festival is a global industry event that celebrates the most influential architectural projects in the world today.

Ann Allen, Executive Director of Estates and Commercial Services, attended the prestigious event in Berlin to represent the University in the Education Future Projects category along with the lead architects on the Masterplan, Aecom and 7N Architects. 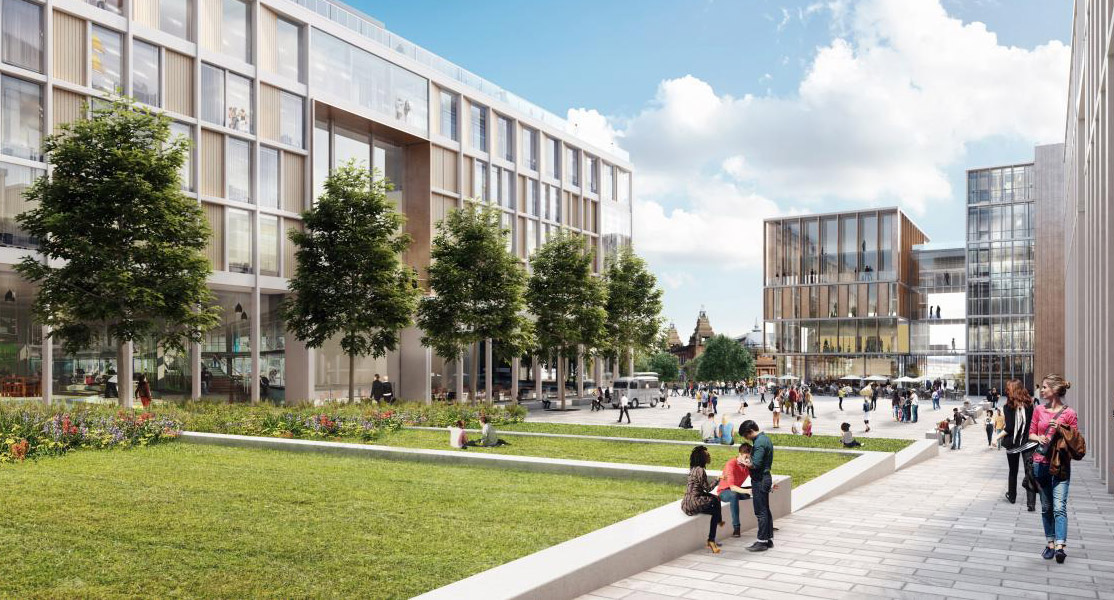 The tightly-contested category featured an array of exciting international projects – from Miami, to St. Petersburg, the Middle East and beyond.

The University lost out on the night to the Aga Khan Academy, Dhaka, in Bangladesh but that did take away from the accolade of being nominated for such a prestigious award and judged by by the most influential and most respected figures in the industry.

In questioning the design team, the judges explored issues such as integration into the community and the consideration given to sunlight and movement through the site. All aspects  had been considered and the judges appeared impressed with the approach and the answers.

Ann Allen said: “The World Architecture Festival celebrates the best of international developments. Within the education section we were the only masterplan to have been successfully shortlisted.

Although the Masterplan didn’t take away the prize on the night, we are thrilled that our project has been recognised at such a high level. To be shortlisted is a great achievement.”

The UofG Campus Masterplan sets out the architectural vision for the £1 billion project that is set to transform not only the University campus, but the West End of Glasgow through the expansion of the Gilmorehill campus into the five hectare former Western Infirmary site.

The Masterplan will be delivered in a phased approach over 10 years. Key projects for the University on the former Western Infirmary site include new buildings for the Institute of Health and Well-being, the School of Engineering, Adam Smith Business School, College of Arts and a Centre for Chronic Disease.