You are warmly invited a small ceremony for the planting of willow trees gifted by Erskine to the University of Glasgow. The ceremony will take place tomorrow: Wednesday 17 August at 2pm at the north end of University Gardens (in front of the Maths Building and the Queen Margaret Union). 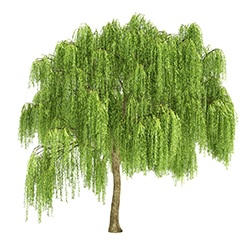 veterans charity founded in 1916 as the Princess Louise Scottish Hospital for Limbless Sailors and Soldiers by Sir William Macewen, who was also Regius Professor of Surgery at the University of Glasgow. The new hospital desperately needed resources to produce artificial limbs for incoming patients. Macewen asked Sir Donald MacAlister, Principal of the University, for the willow trees then growing on campus. Sir Donald said that he did not think there would be any objections but told him that he should ask University Court at its next meeting. Sir William replied that if there would be no objections he shouldn't need to wait to take the trees. That afternoon Sir Donald was out for a walk – and was surprised to see that the two willow trees Macewen had pointed out had already been chopped down!

Earlier this year Erskine presented the university with replacement trees and they are ready to be planted on campus.

Please meet at the Maths Building on University Avenue (see map) at 1.50pm.

Contact Orla O’Brien, Erskine Archivist, with any questions about the event.