£1.5m of funding for Glasgow-Nankai partnership

George Osborne, the Chancellor of the Exchequer, has announced that a joint research project between the University of Glasgow and Nankai University in China has shared a £1.5m award focused on urban transformations in China. 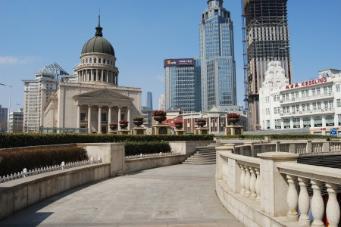 The Glasgow/Nankai project, The Re-making of Chinese Urban Neighbourhoods, will examine the current urbanisation process in China through the perspective of neighbourhood dynamics in three different cities - Tianjin, near Beijing, in the North China Plain; Hangzhou in the Yangtze River Delta; and Chengdu in the Sichuan Basin - each representing a fast-developing region in the country.

The aim is to better understand the processes of social and spatial transformation, their impacts on social and economic differentiation, and the implications for emerging inequalities of income and access of key public services.