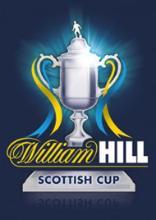 The UofG men's football team are hoping for cup glory this year with another outing in the William Hill Scottish Cup.

GUFC have been drawn against Cumbernauld Colts in the first round. The tie will be taking place on Sunday 27th September at Broadwood Stadium, Cumbernauld.

The GUFC skipper for the tie will be Keiran Everden as regular captain Neil Moffat is currently injured. He told Campus e-News: "It is a great privilege for the club to play in the Scottish Cup. We really hope that we'll get a big turn out of staff and students coming along to cheers us on in Cumbernauld."

Glasgow University are a Scottish amateur football team based at the Garscube Sports Complex that represents the University of Glasgow. They currently play in the Caledonian Amateur Football League.

They can participate in the Scottish Cup, as they are members of the Scottish Football Association. They lost in the first round to Brechin City in 2004-05, Buckie Thistle in 2007-08 and Vale of Leithen in 2008–09. Their participation in the 2004-05 competition was their first since 1995, when they lost 1-0 to Spartans in the first round. They also qualified for the 1975-76 competition, losing to Albion Rovers in a second round replay.

The 2010-11 competition saw Glasgow University qualify for the Scottish Cup second round for the first time since their 1975-76 defeat to Albion Rovers, after a 1-0 victory at Garscube Sports Complex against Burntisland Shipyard. The second round draw faced the university off against junior side, Beith Juniors, Beith won the tie 8-1.