Three academics from America will be studying at the University of Glasgow as part of the Fulbright Scholarship Programme.

Today, he is Cecil and Ida Green Associate Professor of Mathematics at the Massachusetts Institute of Technology.His work lies at the intersection of homotopy theory, higher category theory, and algebraic geometry.

He enjoys laughing with his partner Alexandra Sear and hurling spheres for their dog Maggie.

Marina Burka grew up in "Happy Valley", home to Penn State University, where she recently graduated as a Schreyer Honors Scholar with highest distinction in Human Geography.

She spent her junior year globetrotting around the Southern Hemisphere, where she studied abroad in Buenos Aires, Argentina in the fall and travelled throughout the Eastern Cape of South Africa on a unique study and research abroad program called Parks and People in the spring.

Upon returning to South Africa in the summer of 2014, Marina conducted NSF-funded research on the socio-ecological impacts of HIV/AIDS in rural communities, which resulted in a paper and presentation at the Association of American Geographers’ annual conference in Chicago in April 2015.

As a Fulbright Postgraduate student at the University of Glasgow, Marina will pursue a Master of Research in Human Geography: Space, Politics & Ecologies. There, she will focus her research on refugee populations and individual processes of integration into Scottish culture by working closely with researchers in the Glasgow Refugee, Asylum, and Migration Network (GRAMNet). 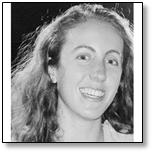 Zajdel began her teaching career in 2007 and earned her Master’s in Urban Education through the University of Pennsylvania in 2009.  Zajdel was honoured with Need in Deed’s Class Transformation Award in 2010 and with the Lindback Foundation’s Distinguished Teaching Award in 2014.

From May through July 2016, Heather will travel to the United Kingdom to document and utilize replicable aspects of climate that have been successful in the prevention and reduction of classroom problems associated with anti-social behaviours in order to shape schools in her district.