He beat nearly 500 other writers to scoop the prestigious prize and said he was “over the moon” with his win.‌ 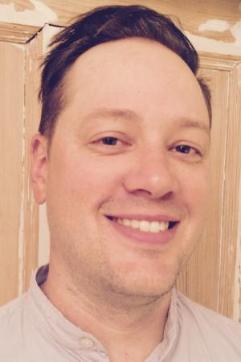 Martin added: “Winning the Dundee International Book Prize is a dream come true. It’s one of those life-changing surprises.”

Commenting on his success, Zoe Strachan, lecturer at the University of Glasgow’s Creative Writing programme, said: “After working with Martin during his MLitt in Creative Writing, we are all absolutely thrilled that he has won such a prestigious and competitive award.

“As one of Martin's tutors it was my very great pleasure to see his novel, Devil Takes the Hindmost, go from initial conception to first draft to a prize-winning manuscript scheduled for publication, and I hope this marks the beginning of a long and successful literary career.

“He is incredibly disciplined and imaginative and this is so well deserved.”