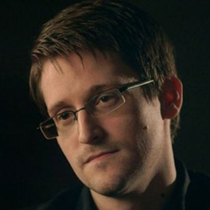 He told the distinguished investigative reporter Peter Taylor that smartphone users can do "very little" to stop security services getting "total control" over their devices. Taylor had flown to Moscow for a clandestine meeting with the University's Rector.

The former intelligence contractor turned whistleblower told Panorama that the UK intelligence agency GCHQ had the power to hack into phones without their owners' knowledge.

Mr Snowden said GCHQ could gain access to a handset by sending it an encrypted text message and use it for such things as taking pictures and listening in.

Mr Snowden was installed as Rector of the University of Glasgow in April 2014.