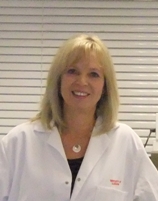 Mandy MacLean MBE, Professor of Pulmonary Pharmacology in the College of Medical, Veterinary and Life Sciences has been elected to the Council of the Royal Society of Edinburgh. She will take up her role in April 2016.

Professor MacLean told Campus e-News: "I feel honoured and privileged and will bring experience in research, committee work, senior academic management as well as communicating to the public, politicians and students as part of this role."

The Ordinary members will now be:

The current President of the Royal Society of Edinburgh is Professor Dame Susan Jocelyn Bell Burnell , a graduate of the University of Glasgow who has been widely honoured for her discovery of radio pulsars.