Dr Tony Pollard started off a series of lunchtime talks about the First World War with his presentation entitled ‘Glasgow University’s Neuve Chapelle.’

In recognition of the 100th anniversary of the Battle of Neuve Chapelle, Dr Pollard’s talk explored experiences of members of the University of Glasgow Community in the British Army’s first large-scale, organised attack on the Western Front.

The talk took place in the University Chapel on Friday 13 March.

If you missed the talk, you can listen to it here.

The next talk in the series will be from Michael O’Brien on the subject ‘Curating the Great War’.

Michael O’Brien recently graduated from the University of Glasgow with a MSc. in Museum Studies.

In his talk he reflects upon the design and installation of an exhibition on the role of the University of Glasgow’s Officers Training Corps during the First World War.  This included negotiating a difficult and emotive subject to provide a fresh perspective on the war and its legacy.

The talk will take place in the University Chapel on 27 March at 1.15pm. 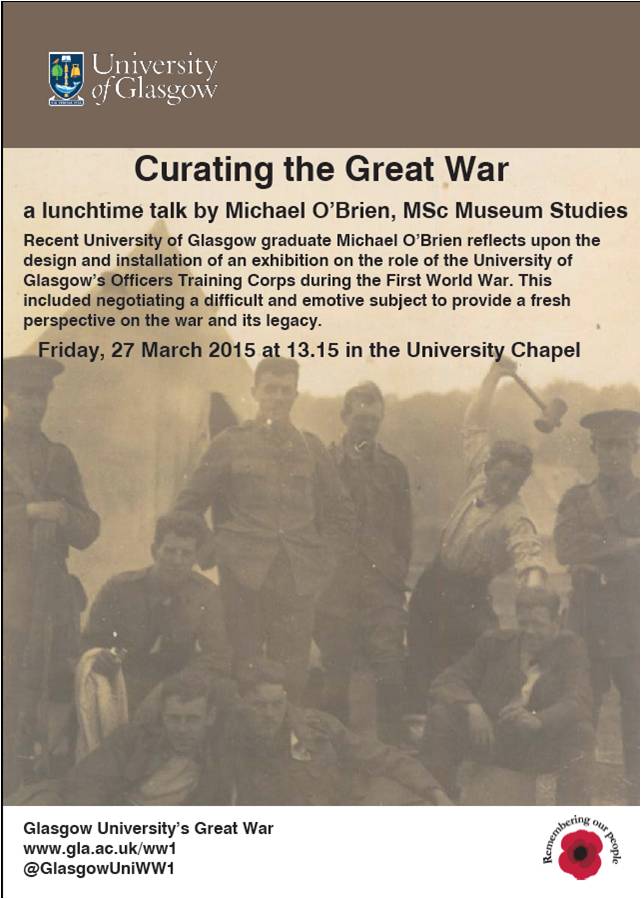