It was difficult to miss the ‘Dress Debate 2015’ that started on Friday 27 February. A photograph of a dress took the internet and the media by storm as people disagreed on the colour.

Scottish band, Canach was performing at a wedding when they spotted the dress. The band mates disagreed on the colour of the dress so posted the image on tumblr to gauge their friends’ opinions. However the image went viral, with #thedress trending on twitter and countless media outlets covering the story.

Canach band member, Alana MacInnes, is a University of Glasgow staff member working in the School of Humanities. She said: “It’s completely unbelievable that people like Taylor Swift, Demi Lovato and anyone and everyone is talking about this dress. It just started as wee discussion between the band. It’s very surreal!” 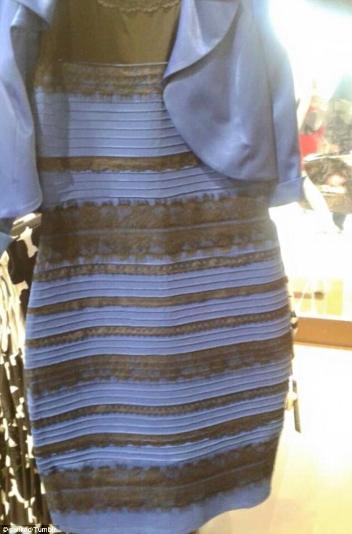