Tuesday 9 June is International Archives Day when archives and special collections around the world unite to celebrate their fantastic heritage resources by sharing an iconic image from their collections, write Rachael Egan and Amanda Charland.

This year the University of Glasgow has picked a photograph of Lord Kelvin’s sundial which sits at the south front of the University’s Gilbert Scott Building.

This representation of one of Kelvin’s most famous inventions neatly represents Gilmorehill and the Globe: the University’s history of fostering a diverse international community. 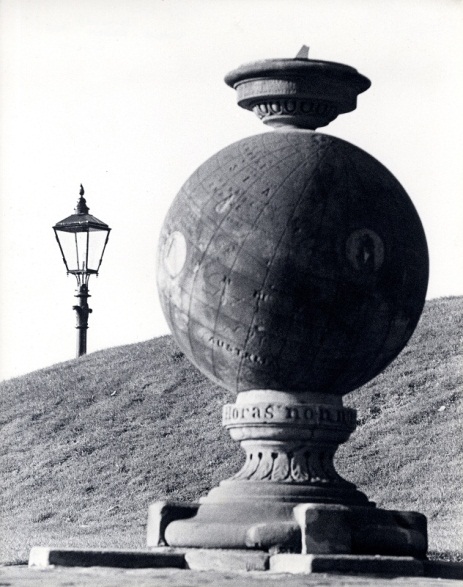 One of the University’s 'greats', William Thomson, Lord Kelvin, began his studies at the University of Glasgow in 1834 at the age of 10.

He returned at the age of 22 and took up the chair of Natural Philosophy (Physics), a post he held for 53 years.

One of the pre-eminent scientists of the nineteenth century, Lord Kelvin enjoyed an international reputation for theoretical and practical research across virtually the entire range of the physical sciences.

Such is his standing in the scientific community he is buried next to Sir Isaac Newton in Westminster Abbey.

To discover more of the University’s World Changers, see our World Changing website. 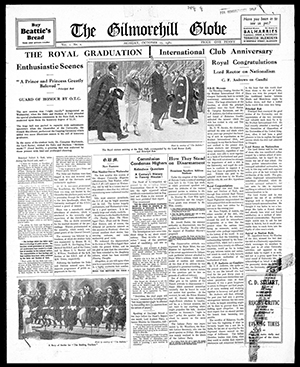 The first incarnation of the student newspaper was called the Gilmorehill Globe which ran from 1932-1935 with 42 editions.

This publication kept students informed of news relating to the University, the campus, the City of Glasgow, and more international concerns. You can search the newspaper archive here.

The University has also welcomed students from around the globe since the 15th century. You can explore the stories of hundreds of our international students on our International Story website.

The University community has long been involved in Global exploration for example Alexander Stevens (1886-1965):  graduate of the University and the first Professor of Geography, from 1947 until 1953.

Alexander Stevens was chosen as geologist and geographer on the Weddell Sea party in the Shackleton Trans-Antarctic Expedition in 1914.

One particularly beautiful illustration within the Hunterian museum is a large map of the world designed for the Second Qing Emperor of China, Kangxi (1662-1722) by the Jesuit Father Ferdinand Verbiest (1623-88), in 1674.

The map is printed from woodblocks and consists of two hemispheres of approximately five feet square, each with cartouches containing information on the size, climate, land-forms, customs and history of various parts of the world and details of natural phenomena such as eclipses and earthquakes.

Columbus' discovery of America is also discussed. You can find out more on the Hunterian catalogue here. 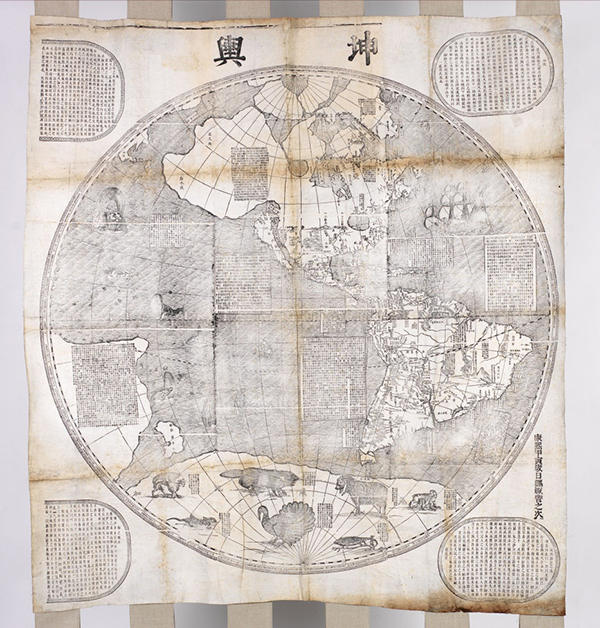 This sundial is located at the south front of the University’s Gilbert Scott Building and so is placed within the heart of the Gilmorehill Campus, yet looks out over the city of Glasgow and beyond.

If you would like to visit us or have any questions please e-mail the Duty Archivist at: archives@glasgow.ac.uk