An American film crew from PBS (Public Broadcasting Service) visited the University of Glasgow recently to record a documentary about Adam Smith; alumnus and former Professor at the University.

The crew travelled from New York to use the University as one of the settings for their documentary "The Real Adam Smith."

They shot footage in the University shop, the Quad, the Humanities Lecture Theatre and the Hunterian Gallery.

The documentary will be aired on PBS next year. 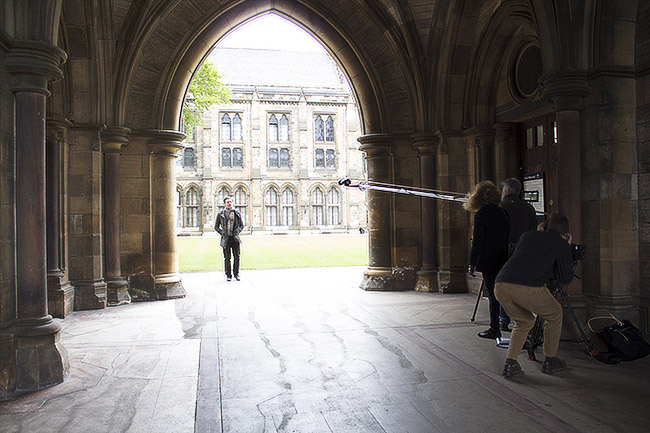