The extraordinary journey undertaken by the Dental School's fund-raising Mad Molars has had a fairy tale ending.

Their 1977 British Leyland Princess has been left behind in Monte Carlo after her completion of the 2000+ mile Monte Carlo or Bust rally.

Prince Albert of Monaco, who held a 30-minute informal reception for the University of Glasgow team, was presented with the 38 year-old vehicle and it will now be auctioned in Monaco for the Prince's charitable foundation.

The Molars only just made it to the Principality after first busting a suspension component on a cobbled street...and then nearly running out of fuel on the final leg!

The encounter with the Prince, whose mother was the American film star Grace Kelly, was an extraordinary end to an extraordinary journey which began at the University a fortnight ago. In their own words: 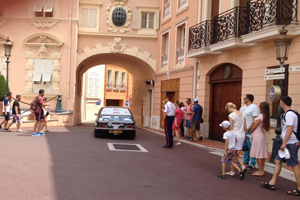 "A guard appeared, the Palace gates opened again and we were asked to move, with the Princess, into the private courtyard. The gates closed behind us, then soft drinks and canapés were served. Shortly afterwards, HRH Prince Albert joined us and spent half an hour speaking with us about Monaco and our adventure. HRH Prince Albert posted good wishes and signed one of our lip decals on the bonnet."

During the Molars' audience with HRH Prince Albert, they presented him with the bottle of signed Jura Whisky carried all the way from the distillery. In return, they were presented with a bottle of The Monaco Blend Private Stock Whisky, which HRH Prince Albert signed to help with the fund-raising effort. The Molars said they were "overwhelmed by the warm welcome and generosity" afforded them.

The Mad Molars are raising money for Glasgow Dental School as part of an on-going appeal for £300K to develop a new Dental Technology Teaching Suite. By this morning (Monday 27 July) the appeal was standing at £9741, and they look likely to reach their £10,000 target for the venture.  This morning's Daily Record devoted a big spread to their achievement.

Donate through their JustGiving page.

Fancy a bottle of Monaco whisky? 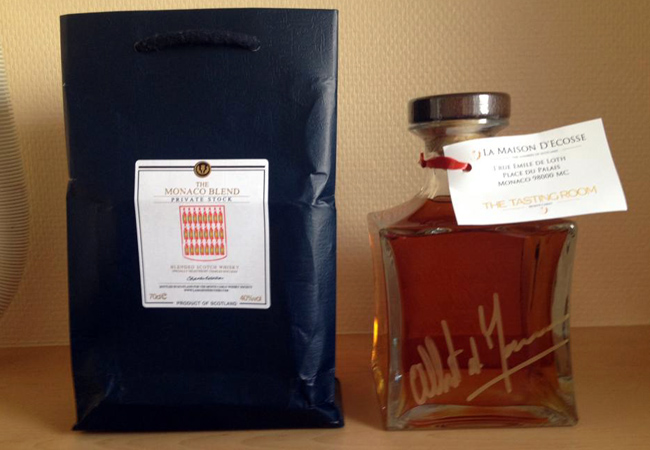