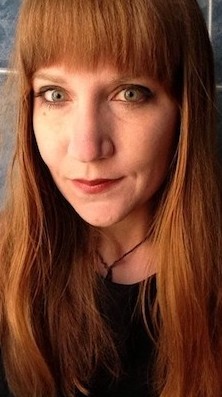 ‌Dr Donna Yates is a Leverhulme Early Career Fellow in the Scottish Centre for Crime and Justice Research at the University of Glasgow. As part of the Trafficking Culture Project she researches the black market in antiquities in Latin America.

The Trafficking Culture Project is a multi-disciplinary team made up of criminologists and archaeologists. Donna describes herself as an ‘archaeologist doing criminology’

The four year project is in its final year and has a main focus on understanding how stolen antiquities are laundered and sold on.

Donna said: “We know graves are robbed all over the world and we know there is a market for these stolen goods. However, there are trafficking networks in the middle that we know almost nothing about. Somehow in the middle these absolutely stolen antiquities are cleaned and sold on the highest levels. The Trafficking Culture Project aims to understand this middle network because we believe the key to ending antiquities trafficking is to disrupt this middle network.”

During the project, Donna had the opportunity to travel to Belize and Bolivia to carry out field work. She describes her style of research there as ‘snowball interviewing’; this method involves speaking to one person who leads her to further contacts which can aid her research. She usually starts by interviewing archaeologists working in the area who eventually lead her to local people.

Donna said: “For me a particular focus is understanding how trafficking networks affect local communities and how laws can respond to that. A lot of my work in Bolivia was looking at churches and temples, many of which have been looted on a massive scale in Latin America and South Asia. When someone steals these valuable antiquities from temples they are robbing the community of their living religion. It’s tied up with poverty, inequality and globalisation.  People in a poor village in Bolivia have no power in the world to defend their own identity and heritage.” 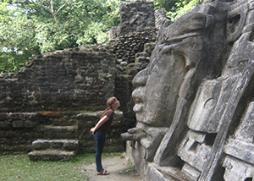 Donna understands that her job comes with more risks than most. She said: “It’s important to understand the situation around you and never take unnecessary risks. The times I have felt most scared when undertaking fieldwork has been if there is government and social unrest in the country I’m visiting. I was in Bolivia when people were protesting and the government was about to fall which posed risks for any researchers there.”

The Trafficking Culture Project is the only research team in the world focused on the study of illicit antiquities.

The team have made over 100 academic papers on their topic available through their website and have influenced policy and law. They will be writing a book on their findings in the near future and have started a Masters degree module for University of Glasgow students.

Donna has always wanted to pursue a career as an archaeologist. She said: “I lived in Indiana when I was very little and there was a children’s museum there which had a mummy on display. I said to my parents I want to do whatever that job is and they told me about archaeologists. I have wanted this job from the age of about two!”

‌Donna has been involved in a number of side projects which have become so popular that they have surprised even her. 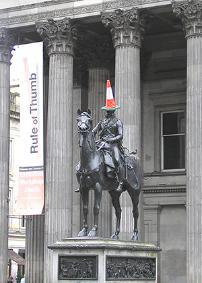 When Lego launched its first set of female scientists, Donna bought a set and created scenes of academic life with the figures. She photographed them and uploaded them to her twitter account, ‘Lego Academics’. She now has over 46,000 followers, following the antics of her Lego scientists.

When Glasgow City Council put forward a planning proposal to remove the cone from the head of the Duke of Wellington statue in Royal Exchange Square and to raise the platform to prevent people from putting the cone back, this gave way to another quirky, side project for Donna.

Along with a friend, she started a online petition to stop the council from removing the cone from the statue. Overnight her petition received over 10,000 signatures and within 24 hours the council had relented.

Donna said: “I care a lot about modern traditions. Glasgow loves this cone so it becomes part of the cities identity. When people signed the petition they also wrote little stories about their own feelings about this cone. There was one person who told us when she was a kid visiting Glasgow she would always look for the cone with her parents. Now she does this with her own children. It was a fun way to engage with the public about public heritage. I loved that the University of Glasgow has supported me on both these crazy projects!”

Donna's passion for her subject is evident and in her spare time she runs three blogs on the subjects of archaeology, heritage and antiquities trafficking. As she comes to the end of the Trafficking Culture Project, her wish for the future is to secure a permanent job in academia. She said: “I have funding to stay for another year and after that I would love to stay in Glasgow. The University has been a very supportive home for my research."