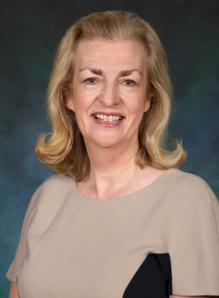 Professor Anne Anderson OBE FRSE, Vice-Principal and Head of the College of Social Sciences, has been appointed to the board of VisitScotland, the agency responsible for growing and developing Scotland’s visitor economy.

Her appointment was announced by the Minister for Business, Energy and Tourism Fergus Ewing.  Professor Anderson is one of five new appointees named by the Scottish Government.

Mr Ewing said: “I’m sure VisitScotland will benefit hugely from the wide range of experience and expertise that these appointments bring. It is particularly pleasing to see that we have attracted more female appointments to the Board. I wish all the appointees well in their new posts.”

“I am encouraged to see the board of VisitScotland achieving greater gender balance through its latest appointments round. This Government is committed to making meaningful and lasting progress towards true gender equality – towards shattering the glass ceiling for good, and I am delighted that VisitScotland is helping to lead the way."

Professor Anderson has been very active on the international stage. She has very actively promoted Scotland to prospective students and staff and has overseen large increases in international students and developed strategic partnerships in Canada, the United States, China, Oman and Azerbaijan. She has also raised the profile of Scotland as an attractive place to study and visit.