A £3.1 million project, coordinated by Professor Phil Trinder of the University of Glasgow, has been rated 'Excellent' at its final review in Brussels.

The multi partner project focused on improving the scalability and reliability of cloud and other server technologies. It was awarded the highest rating available.

The project was commended for scientific and industrial impact, and also for sound management.

Professor Trinder said: "The consortium is delighted to be so highly rated and to be encouraged to continue to collaborate."

Three current and former members of the University have been honoured as Association for Scottish Literary Studies Honorary Fellows 2015.

Professor Murray Pittock, Bradley Professor of Literature, Pro Vice-Principal and former Head of the College of Arts at the University, was nominated for re-orientating thinking around the areas of Scottish literature, culture and politics, but also History, English Literature and Irish Studies.

A Fellowship was also awarded to Professor Patrick Scott, Editor of the journal, ‘Studies in Scottish Literature’ and Honorary Research Fellow in the School of Critical Studies. Part of Professor Scott’s work at the University is as a key adviser on the Oxford University Press edition of the Works of Robert Burns being produced by academics in the University’s Centre for Robert Burns Studies.

Finally, Jack Stuart, a graduate of the University, was made a Fellow of the ASLS for his work as a teacher and promoter of the Scots language.

Founded in 1970, the Association for Scottish Literary Studies is an educational charity that aims to promote the study, teaching and writing of Scottish literature, and to further the study of the languages of Scotland.

Mentor of the Year Award

Professor Neil Evans (Institute of Biodiversity Animal Health and Comparative Medicine) was presented with the postdoc Mentor of the Year award at the research staff conference on 17th April 2015.

Inspirational nominations were received from all four Colleges and were judged by a panel of research staff representatives from across the institution.

Prof Waters’ grant to be renewed in full 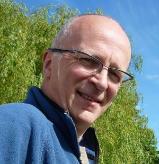 Professor in Biomedical and Life Sciences Andy Waters’ work on malaria will continue to receive funding from the Wellcome Trust.

Professor Waters’ was initially awarded the Wellcome Trust Principal Research Fellowship for seven years and after recently completing a review it has been confirmed that he will receive the funding again in full.

Professor Waters’ has more than 30 years experience in malaria research.

A Principal Research Fellowship is the most prestigious of the Trust’s personal awards and “provides long-term support for researchers of international standing.”