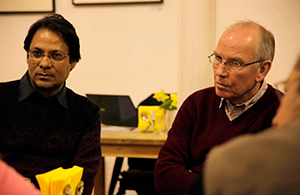 The Death Cafe was a chance for people to have a conversation about death and dying in the relaxing environment of the Thomas Tosh cafe.

The team posted on Twitter after the event that it had been “thought provoking and rewarding.”

Death Cafes started in 2011and have been growing in popularity with events held worldwide.