On Tuesday 21st April, at 7pm in the University Library, Professor Laurence Grove, known and esteemed as Billy Grove, will give the final Talk in this academic year`s Talk Series promoted by The Friends of Glasgow University Library. The talk takes place in the Library Level 3 TalkLab, which is above the Library entrance, and is open to all.

Professor Grove, Professor of French and Text/Image Studies, Director of the Stirling Maxwell Centre for the Study of Text/Image Cultures, and  President of the International Bande Dessinée Society, is an effervescent proponent of truths and understanding across time and continents. He titled his Professorial inaugural lecture in December  – “How to Get Away with Reading Comics in an Ancient University”. Professor Grove is also one of a number of distinguished scholars who are contributing to the writing of “Friendly Shelves: History of Glasgow University Library” which will be published in April 2016.

Recent researches have resulted in the understanding that the first regularly published satirical comics in Britain and across Europe started in the city with the illustrated, fortnightly publication of “The Glasgow Looking Glass” in 1825.

What is a comic?

‌This talk, and its exhibition in 2016, explores the cultural and historical background to the adventure that takes us from Donald Duck to Dr Dread, from sentimentality to superpowers, and well beyond. 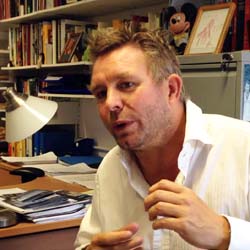 It is a story in pictures (some three-dimensional) about how we tell stories in pictures. And always have done. By asking where and when did the first comic appear? — and by suggesting Glasgow in 1825 as compared to Geneva in 1833 — we ask the question of what defines a comic, graphic novel, bande dessinée or fumetti?  To answer it we broaden our horizons in two directions.  On one side we will travel along the chronological time line that takes us from the picture parables of the ancient Greeks onwards, passing through, in our case, some of treasures of centuries of Western art.  On the other, we will see how the twentieth century has broached the broader question of the status of popular culture, knocking down in blazing colours the high art / low art divide, and how key works from 1917 to the very present day tell stories by bringing text and image together. 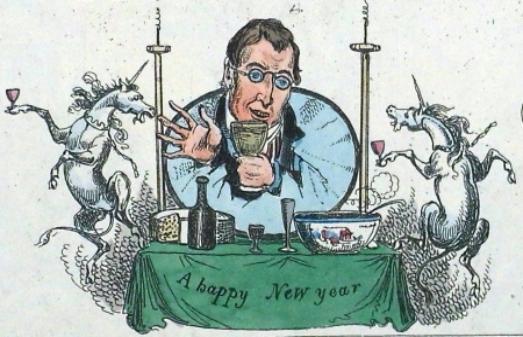 The exhibition being planned to open in the Hunterian Art Gallery from March to July 2016 will bring to light new material central to the history of comics - The Glasgow Looking Glass, certain little-known Saussure manuscripts, and others - whilst going on to undermine the very notion of the much-discussed ‘world’s first comic’. In order to do so we will make the visitor into the protagonist as we tell the story of how we tell stories.

Tuesday`s Talk promises to be a lively precursor by the exhibition`s co-curator Professor Laurence Grove.

You can also discover more on the University of Glasgow Special Collections pages.