Laboratory technician in the School of Chemistry, Mohammad Ali Salik, is taking part in BBC Generation 2015.

In the run up to the general election, the group will appear on a number of BBC programmes - and online - to discuss their views on politics, society and being a young person today.

'It's about our country's future; our future.'

Mohammad said: “ BBC Generation 2015 gave me the opportunity to have my voice heard and raise important issues so they can be addressed by the political parties and potentially resolved by the next Government.

"I believe it is vital for young people to engage with politics to help them understand problems and issues which are important to them and their families. It's about our country's future; our future. We should do everything we can to ensure the Government employs policies which are in the best interest of the country and its people, including the youth of the country."

The BBC received thousands of applications for Generation 2015 and Mohammad made it through a rigorous selection process and interview to be selected as part of the final group.

The group come from a range of diverse backgrounds and communities to represent the broadest possible cross section of young UK.

Mohammad has already appeared on BBC Radio Scotland and will be speaking on Newsbeat on BBC Radio 1 at the end of the month.

He was also part of a short video filmed in the chemistry labs on campus in which he demonstrated scientific experiments and spoke about issues he believes are important to today's society. This video will be available online.

At the University Mohammad's role involves running undergraduate chemistry labs during term time and working in chemistry research service labs outwith term time. In addition, he is the practical lead for the School of Chemistry’s work experience programme and he also runs Glasgow International College labs. 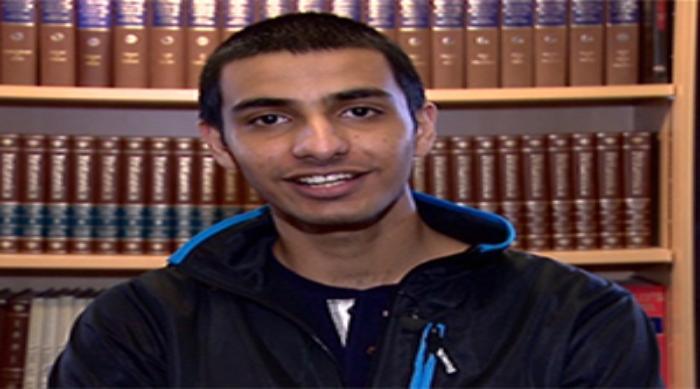