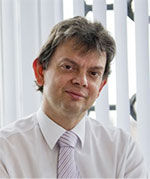 Six other Equality Champions, all drawn from senior management, have specific responsibilities for the following protected characteristics.

All Champions promote and raise awareness around equality issues and provide feedback to the Equality and Diversity Strategy Committee.

You'll find more information about the Equality Champions and their individual roles below.

The University of Glasgow is committed to ensuring opportunities are open to all staff and students whatever age when they come to the University. Age will not be a barrier to accessing employment rights and benefits, or entering on courses, except where this can be objectively justified.

To support this aim the University appoints a senior manager as the Age Equality Champion, currently Professor Muffy Calder (Vice-Principal and Head of College of Science & Engineering).

The University of Glasgow is committed to disability equality and ensuring all staff, students and visitors have a positive experience of the work, learning, teaching and research environment.

To support this aim the University has appointed a senior manager as the Disability Equality Champion, currently Christine Barr, Executive Director of People and Organisational Development.

The Disability Equality Champion chairs the Disability Equality Group which has student, staff and relevant University Service representation. The group acts as a channel of communication where issues affecting disabled people can be raised and addressed or referred to appropriate bodies for action.

The University of Glasgow is committed to sex equality and aims to eradicate sex discrimination in its work, learning, teaching and research environment.  Sex equality means the fair and equal treatment of men and women.

To support our work towards sex equality the University has appointed Professor Sara Carter (Vice Principal & Head of College of Social Sciences) as Gender Equality Champion. This role remit also covers Pregnancy and Maternity and also Marriage and Civil Partnership.

The University of Glasgow values all its students, staff and visitors equally, regardless of their sexual orientation or gender reassignment status. We aim to create a work, learning, teaching and research environment in which all staff and students, whatever their sexuality, feel equally welcome and valued, and in which discriminatory behaviour is not tolerated.

This role covers a number of the Protected Characteristics; Sexual Orientation, Gender Reassignment, Marriage and Civil Partnership. Supported by the Equality and Diversity Unit, the Champion chairs the LGBT+ Equality Group.  This group together brings student and staff representatives. The group acts as a channel of communication where issues affecting LGBT people can be raised and addressed or referred to appropriate bodies for action.

The University is fully committed to promoting racial equality and providing a work, learning, research and teaching environment free from racism or racial tension. We recognise education plays a vital role in equality and that we can play a pivotal role in ensuring Scotland is free of racial discrimination.

The Equality Act 2010 defines race as including colour, nationality and ethnic or national origins.

To support our work the University has appointed Uzma Khan (Director of Strategic Planning and Deputy Chief Operating Officer) as the Race Equality Champion.

Uzma co-chairs the Race Equality Group with Professor Satnam Virdee. This group has student and staff representatives and acts as a channel of communication where race equality issues can be raised and addressed or referred to appropriate bodies for action. 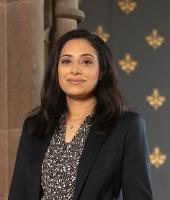 The University of Glasgow celebrates and values the diversity of its students, staff and visitors and aims to create an environment where the cultural, religious and non-religious or similar philosophical beliefs of all are respected.

To support this work the University appointed Professor Iain McInnes (Vice-Principal and Head of College MVLS) as Religion and Belief Equality Champion. 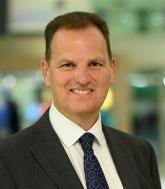 Neither Refugee nor Asylum Seeker status is included as a Protected Characteristic in the Equality Act 2010.  Nevertheless, the University of Glasgow recognises the difficulties such groups face and will endeavour to support asylum seekers and those with refugee status within the University community.  The University further recognises that the reasons for seeking asylum are likely to include reasons relating to one or more of the protected characteristics under the Equality Act 2010.

The Sanctuary Champion's role also takes account of the issues experienced accessing and remaining in higher education by those from the Gypsy, Traveller, Roma, Showman and Boater communities. 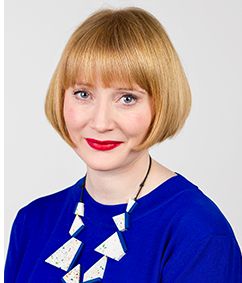 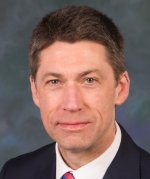