Carolyn has recently been appointed Chaplain to the University, having arrived from New Zealand, where she led the chaplaincy team at the University of Auckland and was an ordained minister in the Presbyterian Church. Her academic studies have included geography, literature, and divinity in which she completed a PhD at the University of Aberdeen. With three children now grown and spread across the world, she lives with her husband in Glasgow and is looking forward to exploring the crannies of this city and the wild places beyond.

Roz has recently been appointed to the Chaplaincy Team as a Baptist Chaplain. She graduated from her Bachelor of Divinity in Theology with Pastoral Studies at the Scottish Baptist College in July 2022 and will be ordained in December 2022. Roz’s first degree in English Literature and Sociology was from the University of Glasgow and she also has a Masters in Modern Literature and Culture from the University of York. She was involved in academic research support at UoG for a decade – in both the central Research Support Office and the College of Social Sciences – so she just can’t stay away from her alma mater! She loves inter-faith dialogue, (sc)rolling news, thoughtful conversations, languages and books. 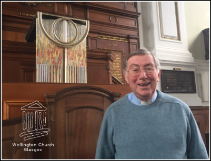 Roger Sturrock has held the McLeod/Arthritis and Rheumatism Council Chair of Rheumatology since 1990. Upon retirement, he obtained a Bachelor of Divinity from the University of Glasgow and was ordained in June of 2014. He is currently assistant minister in the Wellington Church which hopes to serve as the Church of Scotland Chaplaincy for the University of Glasgow, working with students in a variety of ways, and assisting in the development of provision for them. Liz grew up in Texas and attended The University of Texas at Austin.  After University Liz worked for two years before attending Princeton Theological Seminary where she earned a Masters of Divinity.  After graduation, Liz was minister of two churches (in Baltimore, MD then Morris Plains, NJ) before moving with her family to Glasgow. Currently, Liz is locum minister at Wellington Church where she works in the local primary and high schools and with University students. 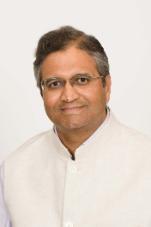 Srihari volunteers as a priest at the Hindu Temple of Scotland and works as a surgeon in the NHS. He loves to cycle to raise funds for local charitable causes. Srihari is delighted to be part of the Interfaith Chaplaincy team and serves people of all faiths or none. 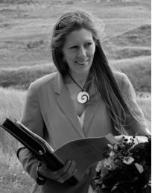 Honorary Chaplain to the University since 2005 offering pastoral care and support to the whole university community from a Humanist perspective. Humanist Society Scotland Celebrant for over 19 years. Mandy has a background and wide experience in Social Work; Personal, Group, Organisational and Community Development; the Arts; promoting Equality, Diversity and Interfaith relations; and Environmental Activism.

Hodaya and Rabbi Aharon both grew up in Israel. After her national service volunteering in high schools, Hodaya, studied Psychology and Communications at University where she qualified as a teacher for children with special needs. Prior to embarking on a law degree, Rabbi Aharon completed his draft and national service, after which he spent time studying in seminary towards his rabbinic ordination, then going on to practising law at Israel's Ministry of Justice. Throughout this time the Lembergers have been involved in community building and informal education.
Hodaya and Aharon now live in Scotland and have three children. They are excited to meet and get to know Scotland's Jewish Students and hear their thoughts on Judaism and Jewish identity over some kosher food!

I‘m part of the LGBTQ+ community and a person of faith. I usually describe myself as a Christo-Pagan Druid, but my faith lies beyond such specific boundaries, being intersectional, open-hearted and inclusive in both focus and character. I hope to lead by example whenever possible and provide a visible presence for others in my community.

Shoket is a Youth worker, concentrating on young offenders. Shoket’s studies took him to Saudi Arabia, France and the UK. 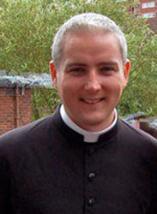 Ravinder Kaur Nijjar is the Chair of Religions for Peace UK Women of Faith Network, member of RfP International Women’s Coordinating Committee for the Global Women of Faith Network. She serves on the Executive Committee of the Council of Dharmic Faiths UK, Patron of Alma Royalton Kisch Inter Faith Youth Trust (London) and member of Scottish Religious Leaders Forum and Interfaith Scotland. She is an experienced educationalist who has taught in the primary and secondary sector for thirty-two years and has worked in the interfaith field for over twenty-five years. 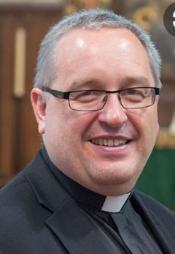 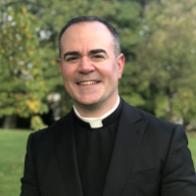 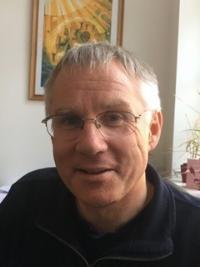 Hi, I am delighted to be able to serve as an honorary chaplain to the University of Glasgow. I am Bob Stoner and, possibly like you, I only arrived in Glasgow a few years ago. I serve as a Methodist Minister across the city. We seek to bring together experience of life, reason, some tradition and scripture, all combined to seek a way of life where we may all flourish. The Methodists have recently agreed that marriage is for all, irrespective of gender, for we are all wonderfully made by God. Hence, I’m involved in the Interfaith LGBTQ+ networks, supporting all.

I think Chaplaincy is important because its emphasis is upon reversing the guest and the host relationship. As a Chaplain my delight is in listening, walking with people, in the joys and sorrows of life. I am the guest and you are the host, where you set the agenda. I have previously worked in interfaith chaplaincies with Muslims and Pagans, seeking to bring further dialogue and mutual understanding.

I sincerely hope that you have a great time in Glasgow, at this wonderful University, and may it provide a great foundation upon which you can continue on life’s journey. 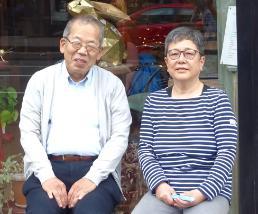 Yushin worked in Japan as a journalist before coming to Glasgow to study Development Studies. He worked at the University of Glasgow for more than ten years to develop academic and business exchanges with Japan. After leaving the university, he has worked as Japan Desk Scotland, together with Fumiko Nakabachi. Their work includes making documentaries, running workshops on Japan, and the “Calligraphy as Meditation” session.

Fumi worked in Japan as a journalist before coming to Glasgow to study Sociology. She researched people’s adaptation across different cultures, and was an Honorary Research Fellow at the Faculty of Social Sciences, University of Glasgow. Over the twenty years she has run a weekly meeting primarily for international students and their families in the Reflection and Prayer Room, which is now “Calligraphy as Meditation” session on Tuesdays during Semester, 12:00 - 14:00(all welcome!) 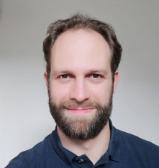 Cosma Gottardi is a member of the Bahá’í community of Glasgow. Bahá’ís believe in the unity of all peoples of the earth and are fostering inclusive, open communities that strive to live by the teachings of Bahá’u’lláh (1817–1892), engaged in worship and service to humanity. Cosma is a good listener and is open to meet with anyone of faith or no faith. He enjoys taking part in interfaith dialogue, choral singing and cycling. Academically, Cosma has a PhD from the University of Glasgow and is a Lecturer in the School of Chemistry, where he takes an interest in chemistry education and sustainability. He speaks German, French, Italian, Luxembourgish (and English).