James Watt 2019 at the University of Glasgow

James Watt and the University of Glasgow

The University's Engineering Building is named for James Watt (1736-1819), the famous engineer who worked from 1756 to 1764 as mathematical instrument maker to the University. Two Engineering chairs and a prize are also named for him.

Born in Greenock, Watt trained in Glasgow and London to become a mathematical instrument maker. In 1756 the University employed him as an instrument maker, providing him with lodgings and a workshop. One of his first jobs was to unpack and restore the late Alexander Macfarlane's collection of astronomical instruments, which had been shipped from Jamaica and which were later installed in the University's Observatory. He went on to manufacture a range of items for the Professor of Practice of Medicine, Joseph Black, that included an organ and a perspective machine.

James Watt and the Newcomen Engine

In the 1750s a model Newcomen engine resided in the University of Glasgow's premises on the High Street. Belonging to the Natural Philosophy class, it was actively used for teaching, demonstrating and experimenting by both academics and students, a significant and unusual teaching device. In 1756 the 20-year-old Scottish instrument maker, James Watt (1736-1819) was employed by Professor of Natural Philosophy Robert Dick (1722-1757), to repair some astronomical instruments. This resulted in Watt establishing a workshop within the University and styling himself 'Mathematical Instrument Maker to the University'. In this role Watt was exposed to the vibrant community of experimenters and theorists in Enlightenment Glasgow, such as Dick's successor, John Anderson (1726-1796), who would later go on to found Anderson's College, which ultimately became the University of Strathclyde, chemist Joseph Black (1728-1799), who was developing a theory of latent heat, and many others.

Watt was asked by Anderson to repair the University's model Newcomen engine in the winter of 1763-4, which had proved repeatedly troublesome. Looking back half a century later in 1814, Watt described the circumstances which led him to consider separate condensation: he noted that at first "I set about repairing it as a mere mechanician", but soon realised that significant design improvements could be made, informed by the latest theories of heat. It was directly in the process of attempting to repair the model and consider experiments to improve it that Watt had the realisation in 1765 that a great deal of heat was wasted in the condensation process, as the cylinder was repeatedly cooled and heated. His key innovation to steam engine technology was the invention of the separate condenser, which condensed the steam in a separate vessel, reducing the heat wastage and greatly improving the engine's efficiency. In collaboration with his later business partner Matthew Boulton (1728-1809), Watt's improved steam engines were significantly more efficient than Newcomen's, a business success, and a significant milestone in the Industrial Revolution. Although there is no evidence that Watt ever attached a separate condenser to this specific model engine, it remains a highly significant object in the world history of engineering and industry.

The Newcomen engine that Watt worked on has been continuously in the custodianship of the University of Glasgow since the mid-1750s, was formally transferred from the Department of Natural Philosophy to the Hunterian Museum in the mid-20th-century. Having been displayed in a variety of locations within the museum since the mid-20th century, this object has been on display in its current location since 2014.

© The Hunterian, University of Glasgow 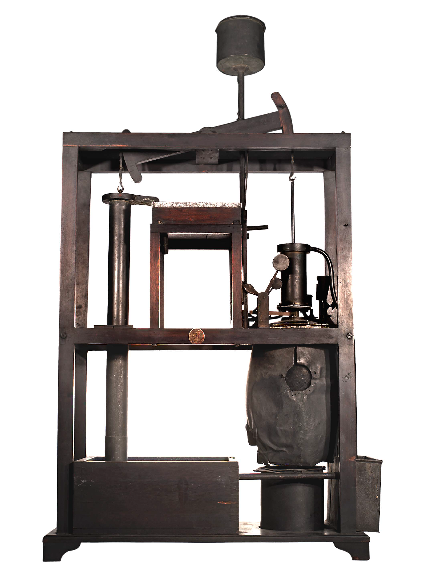 ©‌ The Hunterian, University of Glasgow 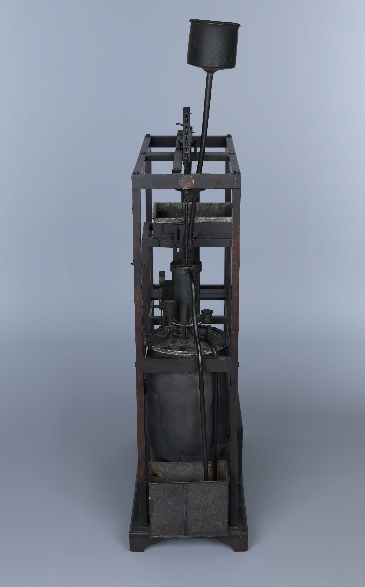 © The Hunterian, University of Glasgow 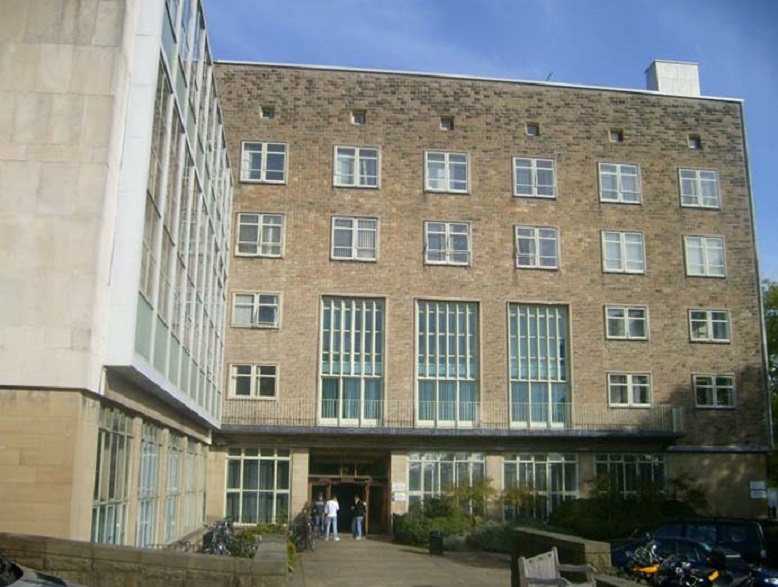