This facility is based in the Joseph Black Building B4-13 and provides faculty-wide access to state of the art equipment, including optical spectroscopy (absorption spectroscopy, circular dichroism and fluorescence) and biosensor equipment. Collaborative studies are undertaken which encompass the following main themes: protein structure and folding; protein-protein interactions; protein-ligand interactions; and protein-DNA interactions.

Parkinson's Disease is estimated to affect around 4 million people worldwide and is characterised at the molecular level by the presence of Lewy Bodies in the dopaminergic neurons of the brain. These Lewy bodies have been shown to contain fibrillar deposits rich in a-synuclein, a protein whose function has yet to be fully characterised. In its soluble form  a-synuclein has been implicated to be involved in vesicular trafficking as well as in maintaining the integrity of membranes by protecting them from oxidative stress. The protein is natively unfolded in the cytoplasm and adopts a predominantly helical secondary structure upon interaction with  membrane vesicles.  In Parkinson's disease the protein forms insoluble fibrillar deposits which are clearly toxic to the cell, affecting neuromuscular signalling as a result of disruption of the factors controlling synaptic dopamine homeostasis. Genetic and/or environmental factors have been shown to affect an individual's predisposition to this disease. Certain pesticides such as rotenone and paraquat have been shown to promote fibrillar formation both in vivo and in vitro. This may explain why Parkinson's disease has often been found in clusters of  patients living in rural locations.  It is clearly important to explore the role of a-synuclein in the dopaminergic neurons in order to understand the aetiology of Parkinson's disease. The fibrillar deposits create (in layman's terms) a  'molecular traffic jam' in these neurons and a number of questions remain regarding the origin of deposit formation. Whether this blockage is preceded by trafficking or signalling  problems upstream of a-synuclein fibrillation remain to be explored. Amyloidogenic-like diseases involving  misfolding and deposition of Tau and prion proteins exhibit similar neurodegenerative toxicity as a result of the formation of insoluble fibrils. By characterising the factors involved in the conversion from soluble to insoluble forms of a-synuclein we will be able to gain an understanding of this process in other proteins prone to fibrillar formation. In doing so it should be possible, in the longer term, to develop meaningful strategies which lead to therapeutic solutions to such problems . 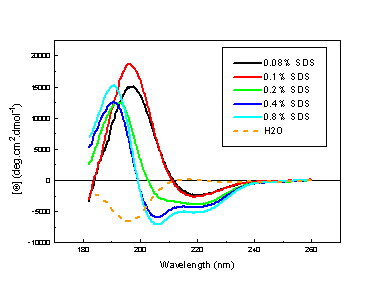 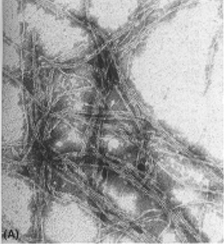