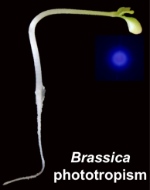 ‌Light is critical for coordinating plant growth and development. Blue light in particular acts to regulate a wide range of responses that serve to promote growth. Our research centres on using diverse approaches, ranging from the biophysical to the physiological, to understand how adaptive blue light responses, such as phototropism (shown on the right), operate to coordinate and shape plant growth and development. By doing so we aim identify new strategies to coordinate stepwise enhancements in photosynthetic performance with an aim to increasing plant productivity and yield. 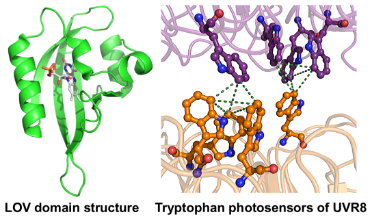 Our work on UV/blue light sensing has contributed major advances in the field of photobiology, including the identification of the long sought after photoreceptor that regulates plant phototropic growth. This photoreceptor known as phototropin (phot) detects light using a regulatory motif known as the LOV (Light, Oxygen or Voltage sensing) domain, which typically binds flavin as a UV-A/blue light-absorbing cofactor. Aspects of our current research are aimed at understanding how this motif operates as a molecular light switch to regulate phot kinase activity and in turn initiate signalling pathways coupled to various responses that serve to optimise photosynthetic efficiency. More recently, we have uncovered the mechanism of action of the elusive plant UV-B photoreceptor known as UV Resistance Locus 8 (UVR8), which mediates light responses associated with photomorphogenesis and photoprotection using an intrinsic tryptophan-based chromophore. 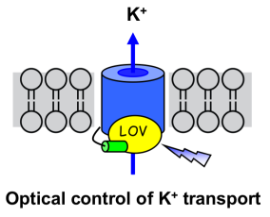 Our earlier work pioneered the discovery and photochemical characterisation of the LOV domain, which is now frequently used in the design of new optogenetic tools to regulate enzymatic activities through light-dependent protein caging or uncaging; dimerization/clustering or monomerization/unclustering of cell signalling components. This approach was recently used to generate a synthetic light-gated potassium channel known as BLINK1 which has applications in neural silencing and in the optical control of behaviour responses. 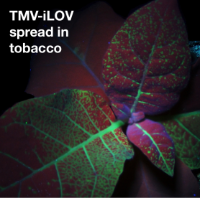 Our work on LOV domains also extends to engineering small, oxygen-independent fluorescent reporter tools to non-invasively track viral and bacterial infections. For example, we have employed directed evolution approaches to generate improved LOV variants (known as iLOV) which exhibit enhancements in fluorescence yield and photostability and outperform GFP as a fluorescent reporter of Tobacco mosaic virus (TMV) infection and movement owing to their smaller genetic size.