Natalie grew up in a family of keen kayakers and has always wanted a job in which she could be close to water and call it work (even if it never felt like it).

Her first forays into biology began with catching tadpoles, dragonfly nymphs and fish fry, graduating to a fishing rod bought for her 9th birthday. This early education led her to study Ecology at Derby University (2005-2008), where she specialised in aquatic habitats and spending a summer canoeing up and down the River Trent sampling benthic invertebrates in an effort to determine the impacts of power station effluent.

After leaving Derby she travelled north, studying for an MSc in Marine Environmental Management at the University of York (2009-2010), focusing on anthropogenic impacts on estuarine environments. Over this period she also worked at the Environment Agency, in the routine monitoring of river health, continuing her work on freshwater invertebrates, this time as indicators of riverine pollution.

After graduating from York, Natalie spent a few blustery autumn months surveying whales and dolphins in Cardigan Bay, after which she moved north yet again to begin a PhD with the University of Glasgow (based at the University Marine Biological Station Millport), analysing the impacts of microplastic in the Clyde Sea Area (2011-2015).

Since leaving Millport, Natalie undertook post-docs at the Stockholm Environment Institute in York and at the Open University in Milton Keynes, before joining the University of Portsmouth as a Teaching Fellow in September 2017, where she was heavily involved in teaching both Marine Biology and Biology.

Natalie returned to the University of Glasgow in August 2018, joining the School of Interdisciplinary Studies as a lecturer on the BSc in Environmental Science and Sustainability degree.

Natalie's research focuses on human influences on aquatic habitats and organisms, particularly the sources, distribution and impacts of microplastic pollution.

Whilst carrying out her PhD in the Clyde she worked on the (then novel) issue of microplastic pollution. The project took a holistic approach to the field, studying the degradation of macro-plastic debris in marine habitats and the distribution of microplastic formed, as well as observing microplastic uptake and its impact in the commercially important langoustine population.

Since completing my PhD Natalie has also worked on the degradation and impacts of novel degradable and compostable plastics (establishing the effectiveness and impacts of the novel polymers), has been involved in a number of citizen science projects examining a suite of environmental issues, and in championing engineering solutions to the problem of microplastic capture.

SOPaS - Stopping Ocean Plastics at Source (2019- 2020). This project, led by Inheriting Earth Ltd. in partnership with Beko Plc and JNDC Ltd., seeks to address the flow of textile derived microfibres between our washing machines and the domestic environment. 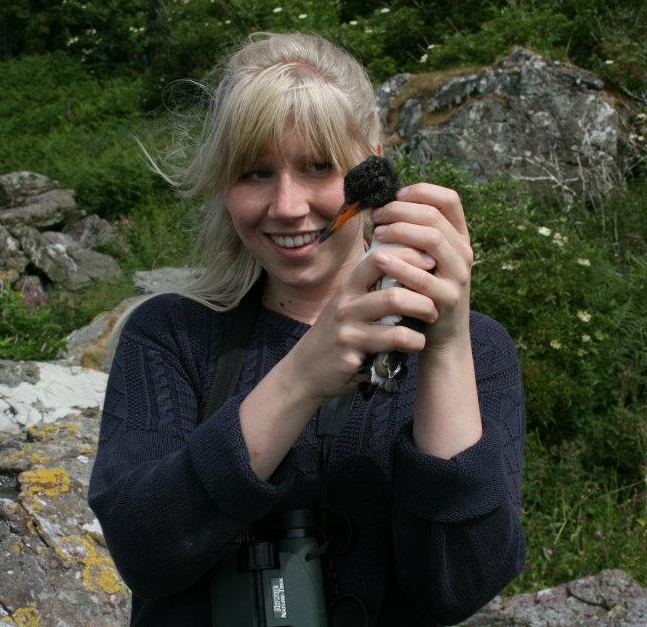